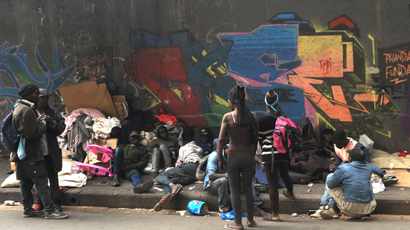 Posted at 09:00h in Uncategorized by Carolyn Cramer
0 Likes 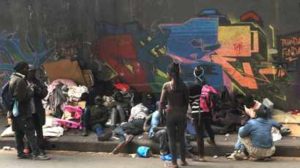 American civil rights leader Martin Luther King Jnr went to Jamaica for a three-week writing retreat in January and February 1967, where he penned an economic manifesto called Where Do We Go From Here: Chaos or Community?.

“I am now convinced that the simplest approach will prove to be the most effective,” he wrote. “The solution to poverty is to abolish it directly by a now widely discussed measure: the guaranteed income.”

In an article in Look magazine soon after he was assassinated on 4 April 1968, King, the original democratic socialist, called for an economic bill of rights that would guarantee an income for all who are not able to work and a job to all people who want to work.

More than five decades later, the movement for a basic income grant in South Africa is gathering momentum. Social justice activists have been campaigning since the late 1990s to get the government to honour its constitutional obligation to progressively realise the right to social security for all.

After looting and violence decimated the economy and the incomes of impoverished people, President Cyril Ramaphosa said during an ANC Mandela Day webinar that “suggestions have been made that in addressing the needs of our people we must be bold enough to think about interventions such as a basic income grant. Yes, it requires bravery. This matter is being given serious consideration.”

Minister of Social Development Lindiwe Zulu has put her head on the block and is leading the political charge for a basic income grant. Her department has released a discussion document that looks at options for providing income support to about 33 million people aged between 18 and 59. It reviews pilot projects for a basic income grant in Namibia, Kenya, India and Finland.

In Namibia, a grant of 100 Namibian dollars (about R100) a month resulted in an increase in people who were engaged in income-generating activities and a reduction of household debt, poverty, child malnutrition, crime, the dependency of women on men for survival and school dropout rates.

Vivian Taylor headed the commission that called for the basic income grant of R100 a month in 2001 and has delivered a presentation to the ANC’s social transformation committee. She says the grant should be universal and paid to everyone aged 18 to 59 without a means test.

“Epidemiological, environmental, financial and economic crises are inherent in an interdependent neoliberal global economic system. Social protection floors with basic income support are a platform for development and equity in good times, and a stabiliser and buffer in times of crisis for the most vulnerable and at risk,” Taylor says.

Her “pathways to basic income” proposal calls for a phased-in implementation according to age and employment status. Brenton van Vrede, a deputy director general at the Department of Social Development, says there is wide political support for such a grant. “Nobody is debating whether we should have a BIG [basic income grant]. The only issue is where the money will come from.”

The Co-operative and Policy Alternative Center (Copac) has commissioned two research reports that cost the implementation of a basic income grant. A paper by policy think-tank the Institute of Economic Justice (IEJ) outlines scenarios for implementing the grant based on the eligible population, the percentage of the eligible population that takes up the grant (the uptake) and the monthly payment.

But it is important to look at the net cost, after taking into account value added tax (VAT) payments that come back to the State when grant recipients spend their income.

The IEJ estimates VAT collections of R23 billion at the FPL, R33 billion at the LBPL and R50 billion at the UBPL. In a report on the basic income grant, accountancy firm Deloitte said the government could claw back 5% of the cost of the grant through taxpayers. This small clawback is because a large number of recipients fall below the income tax threshold.

The IEJ proposes implementing the grant at the FPL in the short term, which would be paid through tax increases of R158 billion. The largest taxes are a social security tax (R64.7 billion) and the elimination of retirement fund contribution deductions for those earning above R1 million a year (R32 billion).

A wealth tax at 3% for the top 1% – 354 000 people with an average wealth of R17.8 million – would raise R189 billion to finance an increase in the grant to the LBPL or the UBPL. Economic modelling company Applied Development Research Solutions (ADRS) outlined 10 scenarios for implementing the grant based on the eligible population and payments at the three poverty lines.

The IEJ and ADRS scenarios are fiscally neutral, meaning they will have a minimal impact on the budget because the payments will be recouped from tax increases. The two reports demonstrate that South Africa can slash poverty directly and redistribute incomes to reduce inequality in the short term if there is the political will.

The ADRS says a grant at the UBPL would reduce the poverty rate by 66% and inequality by 14%. The budget-neutral stance, a feature of most basic income grant proposals, is presumably meant to quash neoliberal objections to deficit financing, says modern monetary theory (MMT) economist Pavlina Tcherneva.

But such proposals rely on “false notions of public finance”. Discussion on how to finance basic income or job guarantees is only relevant for countries that have given up sovereign control of their currencies, she says. According to MMT, a new school of economics within the Keynesian tradition, governments that control their currencies are not like households.

They do not have to tax or borrow before they can spend or balance their budgets. They create the money they spend. There are limits to such spending, but they have nothing to do with budgets or deficits. The limit is the availability of real resources or inflation.

In South Africa, the budget-neutral proposals would retain the country’s harmful austerity policies, which plan to withdraw R265 billion from the economy over the next three years. They would also defeat the purpose of providing a fiscal stimulus that injects new money into the economy.

Tax increases can undermine a stimulus. As the recovery is fragile and tax increases can be deflationary, because they withdraw money from the economy, the focus should be on taxes on the top 1% who do not spend most of their income.

An unfinanced or partially financed basic income grant that provides a stimulus to the economy could generate some of the resources to pay for itself. In addition to VAT receipts and the clawback, the calculation of the net cost should also take into account fiscal multipliers, which measure the additional gross domestic product (GDP) generated by each rand of spending.

In a recent World Bank book, Exploring Basic Income, Ugo Gentilini and others say estimates for basic income multipliers range from 0.8 to 2.52. The additional GDP owing to stimulus and multiplier effects generates tax revenues that would not have been earned in the absence of the basic income grant.

The proliferation of dozens of options to gradually implement basic income according to age and employment status is also based on false notions of public finance. The problem, says Isobel Frye, the executive director of social policy think-tank the Studies in Poverty and Inequality Institute, is that the child support grant was first introduced for those under the age of seven. Increases in the qualifying age bands required going to court each time.

The number of people in each of the proposed age groups to implement a basic income grant is too small to make a dent in poverty or provide a stimulus. It would take too long to confront poverty.

“The censorship of our aspirations for what people regard as pragmatic policy destroys the truly transformative aspect of a BIG. Poverty is pervasive. It cuts across age and employment status ,” says Frye. A basic income grant for the unemployed only would leave out millions of employed but impoverished people with precarious work in the informal sector (2.5 million) and gig economy, and as domestic (1.1 million) and agriculture workers (800 000). Studies show that informal workers invest some of their basic income in their enterprises to increase productivity and output.

There could be phased-in implementation of the grant at the three poverty levels, not for reasons of affordability but to ensure that there is an ongoing stimulus for three years that is not exhausted after only one year. Another objective would be to limit the inflationary impact of the grant, especially because it could be part of a wider stimulus that includes other spending. There can also be taxes to limit its inflationary impact. But the grant can be implemented in three years with or without MMT principles. There is no excuse.

Author and writer Hein Marais said in a recent paper that the basic income grant is not a silver-bullet solution to all the country’s economic problems or an isolated technocratic fix.

It is only a first step in the process of transforming the whole economy. In a forthcoming paper, I say it can supplement other means of social provisioning through universal public services: free education and healthcare, and subsidised public electricity, transport and mass housing.

Universal social security would require the government to implement its commitment to abolish means tests for the old-age pension and the child support grant, which should be increased to the FPL immediately and then progressively increased to the other poverty lines.

An interesting debate is whether a basic income grant can be implemented together with a job guarantee, which MMT economists, especially in the United States, have championed. Internationally, these are seen as competing proposals. But King’s proposed economic bill of rights regarded the two policies as complementary. Tcherneva says the dichotomy of policies that target “only income” or “only employment” is no longer constructive. “An effective safety net must provide both a guaranteed income and guaranteed work opportunities.”

She says a job-guarantee programme in the US would offer a federally funded job to anyone who is ready, willing and able to work, but who has not found other employment. The jobs would be federally funded but do not need to be provided by the federal government. Non-state organisations could bid to implement projects that will create jobs. In South Africa, most people would still want a job after receiving a basic income.

New data destroy hope of any jobs ‘bounce back’

The minimum wage was set too low, far below what most South Africans would agree constitutes a living wage. A job guarantee at the level of a yet-to-be-determined living wage would create a new floor for private-sector wages and lift millions of working people out of poverty as well as precarious and exploitative work.

The Expanded Public Works Programme has a budget of R3 billion a year over the next three years, which will enable it to create about 500 000 full-time equivalent jobs each year. This is a drop in the ocean in a country with 11.4 million unemployed people.

But it could form the basis of providing a job guarantee, and be converted into a quasi-public institution that is outside the State and has independent oversight and professional management. This will require a much larger budget – at least 20 times the existing one – and a change in focus from creating temporary “work opportunities” towards providing full-time jobs. The time has come for South Africa to have its own economic bill of rights that provides for basic income and a job guarantee.

* This article was first published by New Frame.

** The views expressed here are not necessarily those of Independent Media.

The full article is available at IOL