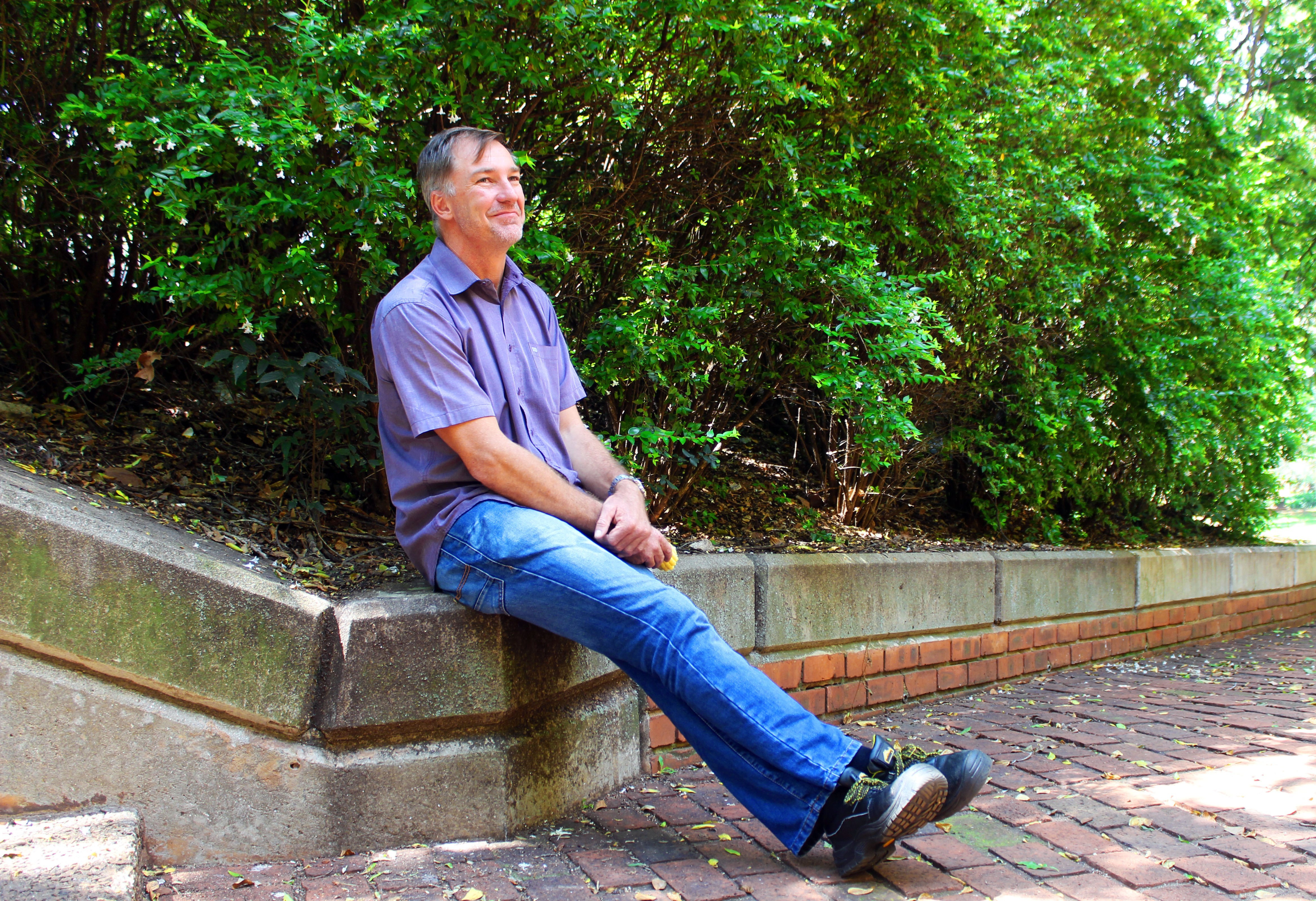 Food For Mzansi has enabled me to tell the stories of a series of tumultuous agricultural journeys and successes of black urban farmers around Gauteng. However, a considerable number of these unsung agricultural heroes and heroines sing appreciation hymns to someone who has never farmed.

His name is Dr. Naude Malan. He is the founder of Izindaba Zokudla (“conversations about food”), a Soweto-based farmers’ lab which he officially established in 2015. He considers himself as the “laziest farmer in the farmers’ lab”.

He is affectionately known as “Mashudu” – a Venda name meaning the fortunate and the lucky one. Alternatively, he’s called “Mpendulo” – meaning an answer. He earned these names in honour of his commitment to the struggles of emerging farmers from the townships.

The farmers’ lab is held monthly at the University of Johannesburg (UJ) Soweto campus, where between one and four hundred emerging black urban farmers come to extract knowledge from experts or other highly skilled farmers.

Malan convenes the gathering of the farmers’ lab at no charge; his remuneration is the thrill of seeing urban emerging farmers getting empowered and indulging in the process of gaining knowledge. The lab “serves as a social innovation project which seeks to uplift predominantly black urban farmers around Gauteng. It is a bridge meant to close the gap between the poor and the rich when it comes to knowledge and information about agriculture and food systems,” he tells me.

Malan is also a senior lecturer at the department of Anthropology and Developmental Studies at the UJ’s Auckland Park campus.

“There is deep theoretical thinking behind this. None of the stuff I do I just do. I am guided very much by theory, but also by what people do on the ground.” He tells me that Izindaba Zokudla is very much in line with radical thoughts and ideas currently taking place in higher education institutions.

He is the classic example of what idealism and practicality looks like when it converges. “I’ve created the farmers’ lab very deliberatively. It is a broad forum where systematic change can take place,” he says, adding that: “This is a revolutionary project”.

He says his farmers’ lab aims to sustainably widen new horizons and create opportunities for urban agriculturists. “This lab serves a transformation objective. But also, sustainability actually demands us to have strongly affirmative enterprises. We need to seriously address poverty in South Africa,” says Malan.

However, no matter how hard he tries to facilitate the sharing of agricultural knowledge and information, the odds are against his quest to bring drastic results. This is because there aren’t many advances in agricultural technology aimed at the struggles of an average emerging farmer in urban areas.

His farmers’ lab is supplemented by a technology station run by UJ’s engineering faculty. Here essential technological innovations that are ideal for the urban farmers’ needs are discussed, designed and implemented. Actually, this is decolonisation of knowledge and information within the elitist fraternity of academia.

“We democratise technology and knowledge by making it accessible. If the marginalised people can benefit from sustainable technology systems, then we can make a big difference. If we want to achieve equality then let’s create knowledge, systems or technologies that any ordinary farmer or person can use and benefit from,” he explains to me.

Malan tells me that Izindaba Zokudla has empowered many emerging farmers around Gauteng. Thembi Nxumalo is one of them.

Before meeting Malan, I was on an assignment to craft a piece on Nxumalo’s farming journey since she started her farming business with just two seed packets a couple of years ago. Amongst other things, she owns trees of the most expensive, healthiest nuts with a rich record of preventing strokes and reducing breast cancer and other diseases.

I asked her, “How did you get these pecan nut trees?”

They were donated by South African Pecan Nut Association (SAPPA), she told me. “It’s Dr Malan who made it possible for me to be donated these pecan nut trees.”

Malan tells me that he is more concerned about systematic change. Big retailers in towns and cities boast about being the most reliable stores for food, including all types of vegetables and fruits. However, shoppers don’t realise that these retailers enforce contracts and agreements with farmers that inevitably puts most of the proceeds in the retailers’ tills.

“It exploits farmers,” explains Malan. He feels strongly that for the sake of our interest and that of the farmers, the current food system has to be dismantled and crushed completely.

“How are we going to change the townships, because the townships are exporters of value? Every time you buy food outside the township you are making the township poor.” Malan explains the essence of valuing local food systems in lieu of big retailers. “For me there is a bigger picture, we have to create enterprises that create a local food system. We workshop these ideas in the lab, and there are a lot of farmers that are already implementing these ideas. It is important that they must do it on their own.”

The revolution is blossoming

I’ve attended some of these sessions of the farmers’ lab in Soweto. I was stunned to witness that not only knowledge and information is shared in the farmers’ lab – dozens of farmers who come to the lab to showcase their produce end up selling and turning the lab into a market event.

Malan tells me this is exactly what he is aiming for to build local support for his ideas. “I knew I had to do this outside the current food system because the system will use whatever I do to strengthen itself. What we are talking about here is radical transformation in the system towards sustainability.”

Magnificent Mndebele grew up in Thokozane, an impoverished village. He values journalism that covers remote rural areas from a socially committed perspective.
This article first appeared on Food for Mzansi.