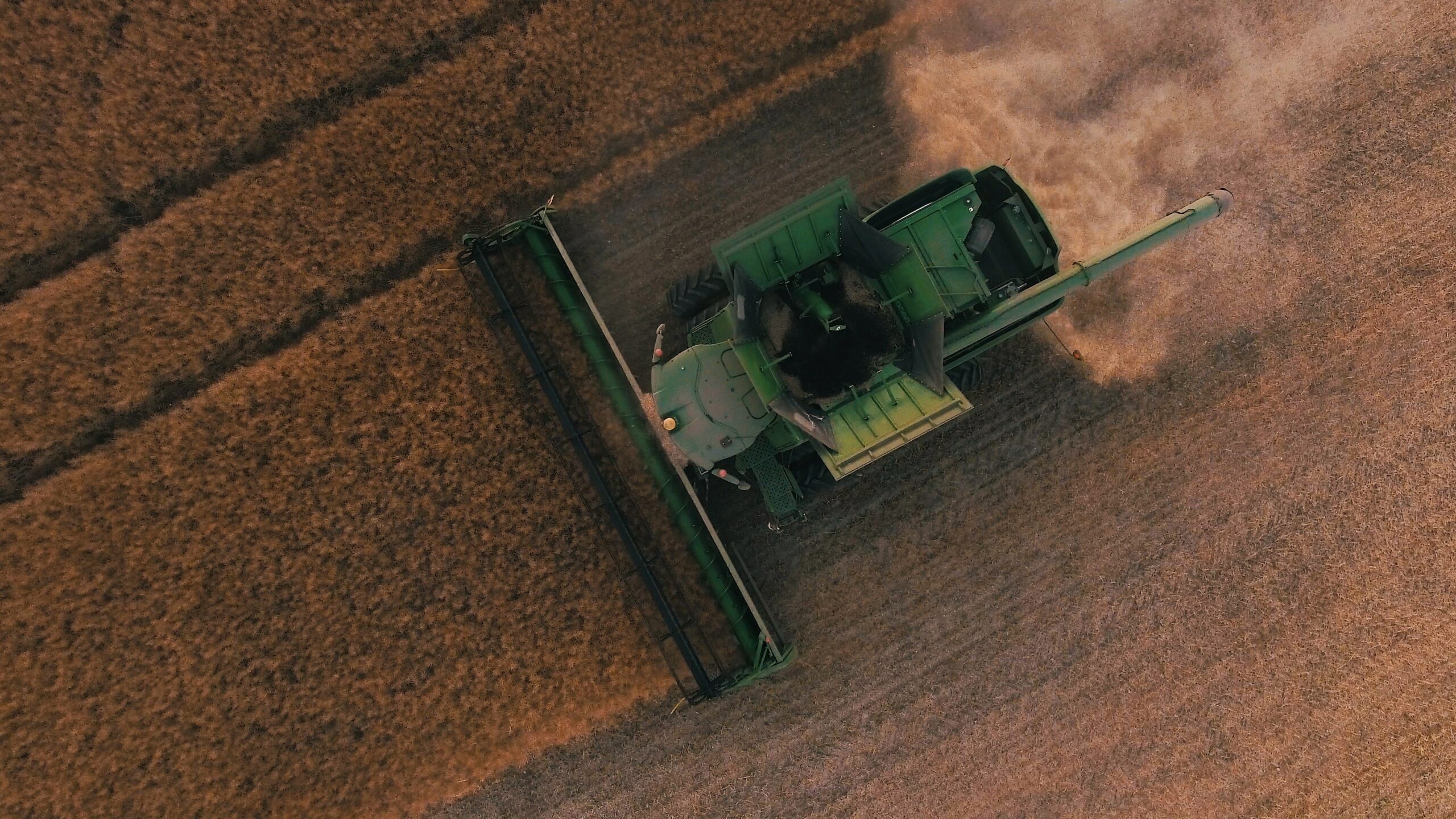 Posted at 14:11h in Uncategorized by Carolyn Cramer
0 Likes

The shrinking of farm sizes that prevents smallholder farmers to earn a living income is a major stumbling block in the future of farming in Africa. This is according to Ken Giller, Professor of Plant Production Systems at Wageningen University in the Netherlands, at an African Food Dialogue session hosted by the SU Faculty of AgriSciences and the Southern African Food Lab.

In his talk, Prof Giller provided examples from projects in countries such as Kenya, Uganda and Zimbabwe that he has been involved in over the past three decades and contrasted these with elsewhere in the world. For example, in Australia and South American countries such as Brazil and Argentina, there has been a massive expansion of farms, unfortunately in some areas replacing natural forests. Some farms are now more than 10000 hectares in size as is also the case in Australia. On these large farms, precision agriculture is the order of the day, with advanced zero-till planters being used. “These large farms basically employ only one or two people. So having a 10000 hectare farm doesn’t mean that agriculture is a great source of jobs.”

In Europe, on the other hand, capital intensive systems are the norm: “One hectare of glass houses in the Netherlands cost more than €1,000,000 of investment to establish. It has a very high capital turnover and is very profitable.” Yields have since the 1960s increased enormously in Europe and North America, yet the actual area under production has shrunk.

What is the situation in Africa?

“In Africa, total production has increased, because of an expansion in the area being farmed, not because of increased yields. Yields remain amazingly low in Africa. On top of this as populations grow, farms in many countries are increasingly being subdivided into smaller units.” This is a trend that Prof Giller calls “marginalization”. It refers to the decline in farm sizes and in the process also their incomes. “As the number of people involved in farming increases, the income per person actually decreases.”

According to some sources the average farm size in sub-Saharan Africa is eight hectares, or others suggest two hectares. However, Prof Giller’s team recently analysed data from the United Nations Living Standards Measurement survey and found that in many regions the median farm size is less than one hectare. According to Prof Giller, a hectare might be enough to provide food for one’s family, but not for someone with further aspirations, such as education for their children or decent healthcare.

“I don’t think there’s a single farmer who would like to be called a subsistence farmer. Nobody wants to subsist; everybody wants to educate their children, to give them a better life.”

He believes that the International Labour Organisation’s “living wage” concept, rather than the often used “poverty line” is a better benchmark for a decent income.

“A living income is a higher level than the poverty line. It’s an income that ensures a decent standard of living. We translate that into an income which provides the basic human rights: food, shelter, education and health care, with a small margin on top of that.”

“If the yield gap can be closed, people can do more than just produce enough to eat themselves, but it is difficult to raise the majority of smallholders above the poverty line or living wage line even with increased yield, he admits.

A colleague often refers to the majority of households as “just hanging in”, that is doing their best under difficult circumstances.

“Their aim is to basically try and maintain where they are.”

“When thinking about transforming food systems, one should not only think about production, but about the whole system.”

He says that intensification can be reached by diversifying farming endeavours, for instance by planting legumes. Prof Giller has over the years worked on numerous projects in Africa to promote the production of legumes, and technologies to improve yields.

“We’ve been very disappointed at the rate of uptake,” he admitted.

He believes that one of the reasons why farmers aren’t picking up on the technology available to them is the so-called “farm-land gap”.

He noted how in one area in western Kenya. nearly 1000 people live per square kilometre.

“It’s almost the density you’ll have in a city,” he added.

Nearly half of the farms in the area were not big enough to feed a family, with very little capacity left for extra production of produce aimed for the market.

“They don’t have enough land to be able to invest in new technologies.”

His team’s analysis of surveys of 13 000 farms from 93 sites in 17 countries showed that 37% of households lived below the food security threshold.

“The findings were rather shocking,” he admitted.

Things are better in countries such as Mali’s so-called ‘Cotton Basin’, even though the area only enjoys one season per year and experiences poor soil conditions.

“There we see the benefit of having a government support program around cash cropping.”

“Farmers who can step up to intensify their endeavours are able to earn a better income.”

He showed a picture taken in the mid-1980s in the mountains of northeast Tanzania, of slopes covered in beans and valleys planted with maize. Twenty years later he returned to find that despite a significant population increase from 70 000 to half a million people, inhabitants were not starving – something that had been predicted 120 years earlier.

The difference came with farmers having added vegetable farming to their ongoing maize and bean production.

“Trucks leave at night to take produce to the market as part of a commercial venture. The farmers are not investing in better technology to grow maize and beans, but in vegetable production in the valley.”

Grazing for milk production and vegetables can provide extra income that raises these people above the poverty line. Many households also rely on remittances sent back from family members who migrate to work in urban areas.

“What’s happening is that people are increasingly being pushed into marginal areas with thinner or porous soils and more uncertain rainfall. So even if croplands are expanding, it’s not on the same quality of land generally.”

He says the technology is in many cases available to increase the yield gap needed to ensure food security. Often it is as simple a solution as adding nitrogen to poor soils to increase yield.

“Good fertilization may quadruple yields directly, so in many ways we have the technology to close these yield gaps.”

“We need intensification and that really means all of the nutrients we can get in terms of boosting soil fertility. Fertility is really the biggest constraint to crop production. We need to recycle organic resources, but we can’t do without fertilizer – and I say this as somebody who spent his whole career trying to boost agricultural productivity through soil biology and through nitrogen fixation.”

“It’s clear, though, that farmers need to diversify to make an income. They can’t rely just on staple crops.”

“As agronomists we should think about closing yield gaps and boosting productivity, we need to reorientate to ensure that the foods produced on a farm provides a nutritional diet for a household, rather than just talk about boosting yields. The idea of diversification on small farms is absolutely key.”

About the African Food Dialogue sessions:

It is presented by the Southern Africa Food Lab, an initiative of the Faculty of AgriSciences at Stellenbosch University. It brings together diverse, influential stakeholders in Southern Africa food systems to respond to systemic issues in creative ways and to inspire change in how we think and act on complex social challenges. Lectures by experts are coupled with facilitated dialogue on African food systems.

About Prof Ken Giller: He is a professor in Plant Production Systems within the Wageningen Centre for Agroecology and Systems Analysis at Wageningen University in the Netherlands. His research focuses on smallholder farming systems in sub-Saharan Africa, and in particular problems of soil fertility and the role of nitrogen fixation in tropical legumes. His work emphasis the temporal and spatial dynamics of resources within crop/livestock farming systems and their interactions. He leads initiatives such as N2Africa (Putting Nitrogen Fixation to Work for Smallholder Farmers in Africa) and is co-chair of the United Nation’s Thematic Network 7 on Sustainable Agriculture and Food Systems of Sustainable Development Solutions Network (SDSN). Before joining Wageningen University Prof Giller held professorships at the University of London and the University of Zimbabwe.