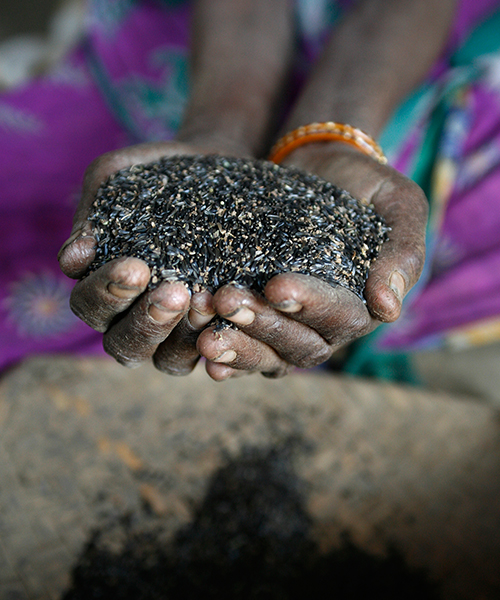 Over the past two decades, South Africa has urbanized at a rapid pace as people move towards the cities in search of work opportunities and better living conditions, says Scott Drimie. This has had a real impact on our health.

According to StatsSA, more than 70% of our population is under the age of 40 and more than 60% of the population lives in and around major cities.

The diet of an urban dweller is distinctly different to that of their rural counterparts. Typically, changes include an increased intake of high-fat foods, refined grains, sugar, processed foods and takeaways, all of which is exacerbated by a decrease in daily exercise.

In informal settlements with little space for food gardens, nutritious food is costly and less available. Spaza shops are limited in their supply and refrigeration for storage, and grocery shops often require costly travel. Readily available are fast foods and convenience foods, which are high in calories and taste, but low in nutritional value.

Today (16 October 2017) is World Food Day, a day which is aimed at promoting awareness and action for those who suffer from hunger and for the need to ensure food security and nutritious diets for all.

Whether or not South Africa has a hunger problem is a question of some debate. Nationally we do produce enough food and certainly millions do go hungry, but the extent is difficult to quantify. What is undisputed, however, is that we have a serious health problem largely linked to the nature of our diets.

Non-communicable (NCDs) or lifestyle diseases are among the top causes of death in the country (at around 40%) and are responsible for considerable premature mortality with more than a third of NCD-related deaths occurring before the age of 60.

Perhaps most tragic is that 1 in 4 South African children under three years of age experience stunting – reduced height for age, which is a result of poor nutrition and predisposes to later obesity, ill health, poor educational outcomes and poor earning potential.

Calling on individuals to change their diets is not without merit, but in a nation like ours where millions rely on social grants to make it through the month, it’s not that simple.

According to PACSA (Pietermaritzburg Agency for Community Social Action), in order for a low-income family of 7 to eat nutritiously, it would cost a minimum of R4197.31. StatsSA’s latest Labour Market Dynamics Survey (2015) put the median monthly earnings for black South Africans at just R2900. When you’re scarcely living above the breadline, you’re going to feed your family whatever you can afford to fill them up.

Nevertheless, the high rate of NCDs in South Africa represents a real cost to the country. Not only does it burden the health system, it impacts on employment, social services and the GDP. In short, the issue of NCDs cannot be ignored.

“Recognition of the food industry’s expertise at nudging people into buying and consuming its food products gives a clearer picture of why this large-scale shift towards a sugar-laden, processed-food diet is occurring. Most people are heavily influenced by the targeted marketing, eye-catching labels, on-pack claims and the sheer availability of many of these food products.”

“Processed food and beverage companies are also genius product engineers. While sugar is found to have some of the same addictive effects on the brain as drugs, producers often go a step further and formulate products that will lead to increased consumption.”

Urbanization is a given. But what if we could change the nature of urbanization to one that favours health? Certainly the state of health in this nation is costly enough to warrant real effort towards this end. We need all role players – from business and civil society through to government – on board to find a way to transform a food system which operates sub-optimally to one that supplies nutritious, affordable food for a growing population.

Dr Scott Drimie is Director of the Southern Africa Food Lab housed at the University of Stellenbosch.

This article was originally published in the Cape Argus on 16 October 2017.