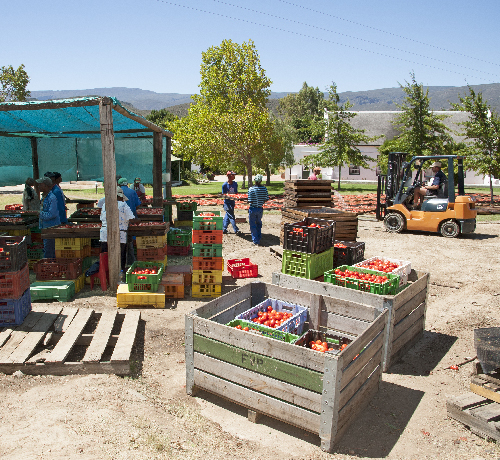 Posted at 12:32h in Uncategorized by Carolyn Cramer
0 Likes

This was written in the 4th week of South Africa’s lockdown period, when the country had 3465 reported Covid-19 cases and 58 deaths. It was also the week in which looting of formal and informal retailers, food trucks and distributors of food parcels began.

South Africa has been widely lauded for its swift and decisive Covid-19 action. A National State of Disaster was announced when we had just 61 cases, and lockdown announced when we had 1170 cases and one death—the result of concerns about the impacts of the virus in a country with dense informal settlements, poor access to water, a weak public health sector and high levels of TB, HIV, hypertension and malnutrition.

However, the State’s attempts to “flatten the curve” include a set of regulations that demonstrate limited understanding of how the poor access food and an ongoing bias towards large scale, formal food system actors.

And yet, when the lockdown measures were first announced the President said that the only food retailers that could open were supermarkets. The official lockdown regulations were expanded to include spaza shops. However, confusion about what permitting was required for spazas to operate and the Minister of Small Business Development’s later retracted statement that only South African stores would be able to operate meant that law enforcement forced many legitimately open spazas to close. Foreign owned spazas (about 80% of all spazas) have been most targeted.

Only after two weeks of lockdown were informal food vendors allowed to start selling again, and only those selling uncooked foods with existing municipal permits. Most township vendors had previously operated without permits, and were therefore now unable to legally operate under lockdown. While the State had previously often turned a blind eye, law enforcement officers have now been forcefully closing down these businesses.

In the fourth week of lockdown, the State finally announced support for spazas. However, amongst the exclusionary conditions to obtain this relief are registration with the South African Revenue Service and South African citizenship.

The government’s lockdown regulations have demonstrated considerable bias towards the large-scale formal actors and pushed towards formalization of the informal sector through the conditions about who is able to operate and the conditions placed on relief measures. These reflect historical biases against informality, the Africa-wide modernization agenda and the power of large scale food businesses to self-identify as partners-in-development.

While there have been many hopeful statements that the food system will transform positively post-Covid-19, the South African case suggests that in a state of crisis, governments with wilfully poor understandings of the food systems of the masses will develop regulatory responses that will rather lead to further consolidation of the food system rather than usher in potentially transformed food systems.

This article originally appeared on the Springer Link website and can be viewed in full here.