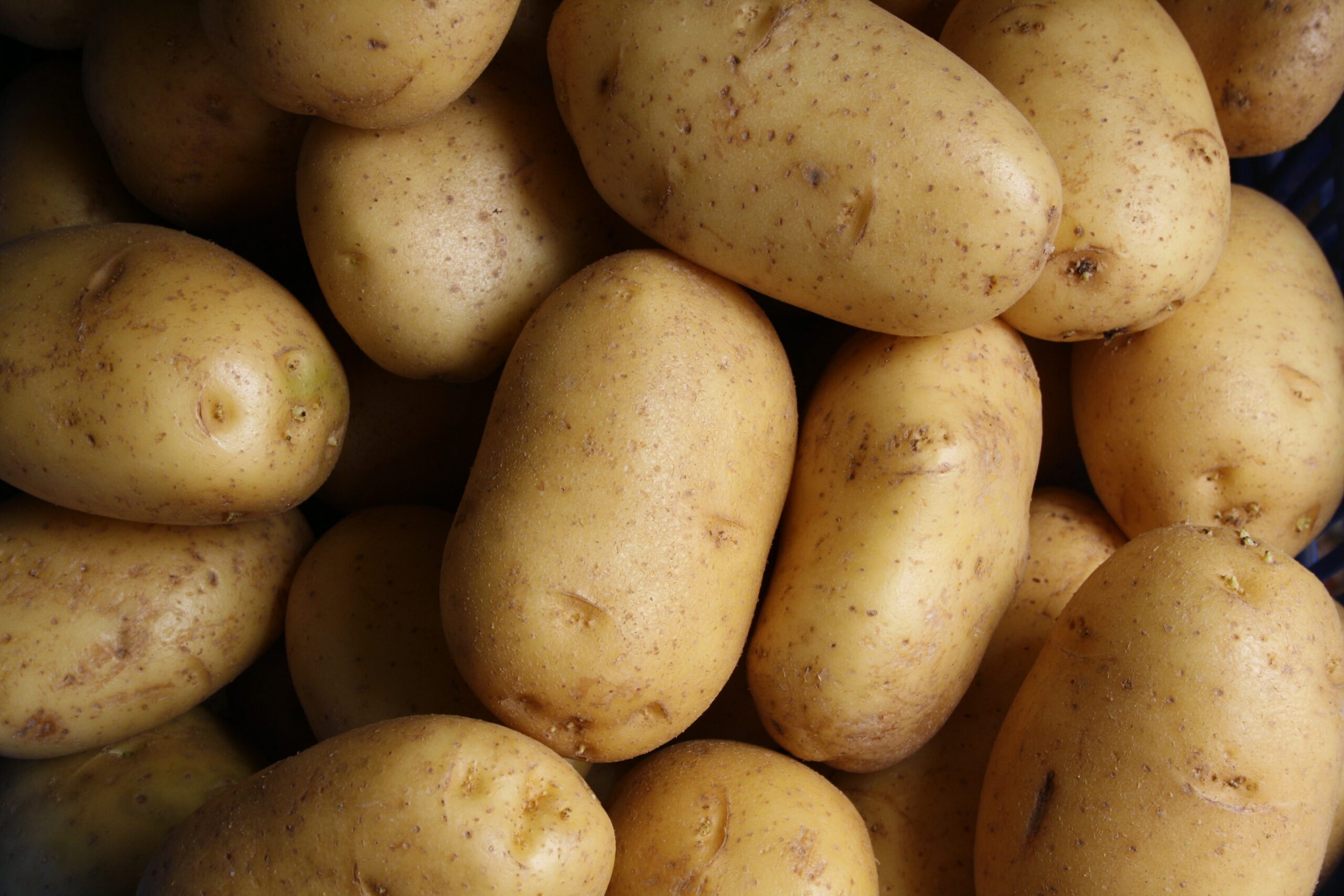 14 Jul R3 million potato harvest gone! Joye fights to get back up

A multi-award-winning farmer is struggling to recover after she had to watch 30 hectares of potato fields get drenched in water. The severe flooding in eastern Kwazulu-Natal three months ago dealt her a R3 million financial blow.

“At first it was surreal,” says Nonhlanhla Joye, potato farmer and CEO of Umgibe Garming Organics. “I was looking forward to the harvest day, but all of a sudden it was a dam of water.”

Heavy rains pelted down from 11 to 13 April in what many have called South Africa’s deadliest storm on record. It claimed the lives of more than 400 people, destroyed 12 000 houses and displaced over 40 000 people. It also destroyed all 30 hectares of potatoes that Joye and her team had planted in Ixopo, a town situated on a tributary of the Mkhomazi River in the midlands.

She was three weeks away from harvesting the potatoes for which she already had a buyer. Frimax Foods, a potato chips manufacturer, had a signed offtake agreement with Umgibe Farming Organics.

Joye tells Food for Mzansi that she cried when she saw her investment of hundreds of thousands of rand immersed in water. She lost close to R900 000 in inputs, as well as a projected income of R3.1 million from the harvest.

Umgibe Farming Organics has not yet been able to recover from the devastation despite receiving seeds to restart production.

“As a small-scale farmer you depend on yourself,” Joye says and explains that the crop insurance premiums – and the many conditions that come with them – are often unaffordable.

Like many of the country’s leaders, Joye believes that climate change is the cause of the widespread devastation. “We have really messed up the universe. Climate change has [become] out of control.”

For Joye, the struggle of getting back on her feet has taken its toll. “I had made a loan and I am supposed to start paying. It’s tough. I am behind on my rent.”

“I’ve been reminded that, as a farmer, I am not in control. Faith is what I need to go on for yet another day.”

Three months after the KZN floods, the weather is again top of mind in South African agriculture. According to Wandile Sihlobo, chief economist at Agbiz, warmer or drier weather is needed to complete local summer crop and citrus harvests, as well as product transportation.

“Simultaneously, we need rains for the winter crops, which are now in the middle of their planting season, and for various horticulture products, mainly in the Western Cape.”

This, he says, should enable farmers to complete their winter crop planting, mainly wheat, canola, barley, and oats, while also improving growing conditions in the fruit fields and vineyards.

According to Jannie Strydom, CEO of Agri Western Cape, “the Western Cape unfortunately does not have deep soils in our grain-producing areas and can only carry moisture for up to two or three weeks.”

He says that moisture stress occurs after this period, and it is for this reason that grain producers rather prefer regular rainfall that high volumes less often. Most grain producers had, however, finished planting by the end of May.

Current cold conditions are preferred, he says, as the cold temperatures and average rainfall are needed for grain to reach their full potential.

Strydom says heavy rain are, however, required in the catchment areas of the larger storage dams to reach full capacity.