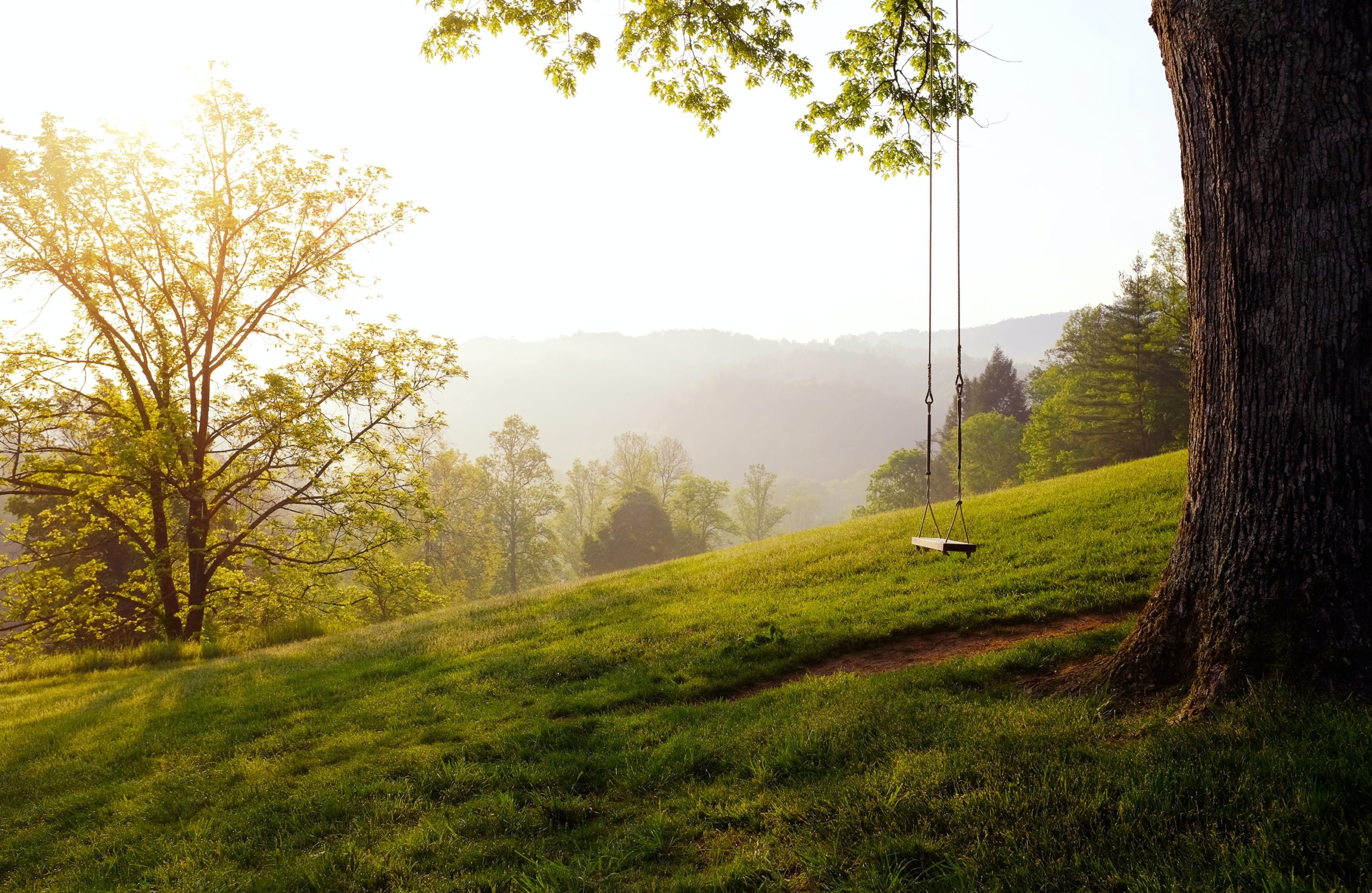 06 Sep Need to remember the past when trying to solve land matters, food security issues

Posted at 09:04h in Uncategorized by Carolyn Cramer
0 Likes

“Legacies of enslavement and cattle theft are forgotten in our memories of land dispossession. Yet, they created conditions for the seizure of the land. They amplified the impact of land dispossession. If the land story is to be told, the legacies of enslavement and cattle theft must receive equal attention. And this is not about the past, but about its complexities and the various ways in which it continues to shape the present. Thinking meaningfully about the past also means expanding the horizons of our enquiry. Here I mean our Constitutional horizons of our enquiry. Our imagination of the possibilities of the future are constrained by an impoverished understanding of the past. This is the context in which apartheid began, but not the context in which the democratic state began. Focusing on land reform is the ultimate guarantee of food security so that African people do not depend on the crumbs from the master’s table.”

With these remarks, Advocate Tembeka Ngcukaitobi concluded his recent presentation on the enduring impact of land expropriation on South African food systems as part of the African Food Dialogue. It was convened by the Southern Africa Food Lab on behalf of the Faculty of AgriSciences at Stellenbosch University (SU). The session was moderated by Prof Thuli Madonsela, chair in Social Justice in the SU Faculty of Law.

Prof Madonsela told the audience that in his writing, Advocate Ngcukaitobi “uniquely links land issues, the law and food systems”.

In his introductory comments, Advocate Ngcukaitobi noted that amidst the human tragedy that apartheid was and caused, “one should not forget what proceeded it”. He highlighted how important it is to remember the influence of the rule of the Dutch East Indian company and Britain and its historic influence on current food security issues in South Africa.

“In the two centuries before apartheid began the British and the Dutch had long laid the seeds of racial segregation, property dispossession and the construction of a racial oligarchy. So to make sense of today’s lack of access to food, land and agricultural produce, we need to make sense of that past.”

“Part of the problem with South Africa’s discourses is less history, and too much analysis. Slavery, ever since the days of the Dutch settlers, is for instance an understudied topic in South African context.”

Advocate Ngcukaitobi noted how South African society was shaped by the British through specific labour practices, the dispossession of land and cattle and the imposition of their external culture. This deliberately and successfully limited the food production ability of Africans.

He noted that cattle were a major symbol of wealth among Africans, and that they had multiple uses, for instance as a source of food, labour and trade. They were also symbolic, connecting families and villages in cultural rites and maintaining the links between the living and the dead.

“The violent seizure of African cattle by Europeans thus broke the bonds of society and deepened dependence in labour.

“A mere 100 years after the arrival of the British, the Xhosa people had turned into starving people. The final act of course was the Nongqawuse incident in which Xhosa people slaughtered their own cattle.”

He said that British agents at the Cape, who knew full well that it could cause the further impoverishment of the Xhosa, seem to encourage rather than stop it.

Returning to the South Africa of 2021, Advocate Ngcukaitobi referred to the process instigated in 2017 to make amendment to the Constitution in terms of issues around land expropriation as a means of redress.

“The politicians … want to make explicit what is implicit, and to make the possibility of expropriation without compensation possible. It is noted that this should not undermine food security.”

He believes a distinction between expropriation and a deprivation of rights over land is essential. The latter usually does not result in the state being the outright owner of the land; expropriation does.

Worldwide expropriations usually go along with compensation and full market value, but not always, as was the case in Germany after the Second World War.

Clauses 25:2, 25:3 and 25:7 of the Constitution of South Africa especially come into play in the land debate, in which issues about state custodianship, a compensation formula and the 1913 cut-off date for land claims feature regularly.

“A meaningful discussion on the topic requires us to situate the idea of state custodianship on a spectrum: on the one end one can see the state playing no more than an administrative role over the land, but actual ownership remains unchanged. The state’s powers as custodian would be the regulation and administration of land rights, but for the promotion of the public interest.

The complete abolition of private property as a concept lies at the other extreme.

“In other words, there can never be one individual that can ever own land privately. Land would vest entirely with the state, which would assume the power to use the land, whether by leasing it or other forms of tenure which are less than ownership – as private ownership per se would conflict with state custodianship.”

Advocate Ngcukaitobi says that Black people have experienced state custodianship: “The Dutch began by taking their land away, vesting it in their authority and distributing it as they wished. The British was the same. Land was owned by the Crown, which it could dispense at will. The apartheid state perfected these models, and introduced custodianship and trusteeship, and was sceptical of the notion of Africans independently and individually to own land.

“Custodianship seems to be bringing us back to the past. In any event, experience has shown that in relation to claims over land brought by individual people, the intention behind those claims is actual ownership. It is not mere possession with rights of ownership vested in the state.

“Further experience has shown that the ability to self-sustain and produce food for consumption is far greater in instances where there is greater, not less, security of tenure.”

Advocate Ngcukaitobi says it seems that the issue of state custodianship, introduced by the ANC in its current draft Constitutional amendment, “is not only conceptually muddled but goes in conflict with the needs of the people.”

“It also goes in conflict with the Freedom Charter itself, which says that the land shall be shared among those who work it, and nowhere posits state ownership over land.

‘This therefore seems to head nowhere fast. It however does not mean any form of state ownership over any form of land should be rejected without debate,” he noted.

He believes the guarantee in Section 25:5 of the Constitution must be maintained to equitably provide citizens access to land.

“The mere consolidation of state power over land detracts from this goal. It also detracts from the ability of food production on an independent basis, which is why many Black claimants in the restitution process has not reacted with enthusiasm that the state should take over control of restituted land.”

Advocate Ngcukaitobi said any version of state custodianship “should not block access for the many who need it and can work it.

“Many of us have argued that the constitution is founded on the notion of justice and equity. The problem of course has been that the ANC government since 1997 has promoted a fundamentalist market trajectory, in conflict with the Constitution. It is no wonder that in 27 years they have achieved so little in land reform.

He says “an unbridled market base system in which landowners exercise absolute veto over the land process” is to blame.

“Justice and equity do not require that the market should play as dominant role as it is playing right now, but at the same time does not require the abolition of the market.”

An aspect that Advocate Ngcukaitobi, as a legal mind, finds distressing in the land debate is that apartheid judges used to reject the idea of a market-based compensation for expropriated land.

“What they believed was that in expropriation there is no open market. There is one buyer, the state, and one seller, the expropriated. Therefore, it is a myth, and fiction, that one can apply the ‘willing buyer, a willing seller’ concept in an expropriation setup. Those prices should always be approximates. Ultimately, we must recognise that land prices are too expensive and should be reduced, but that there is no obligation on the state to pay market based systems.”

He says that within the expropriation context, the notion of a ‘willing buyer, willing seller’ is driven by private sector, banks, and property valuers. This has simply seen prices rise.

“No wonder the country is where it is in relation to land. Expropriation without compensation can be justified under the Constitution, applied under Section 25 2b, but cannot be extended as a default rule. This rule harms Black people whose hold over the land is already precarious”

He says that strengthening the arm of the state in a context “where Black people have so little rights over the land goes in conflict with the needs of the people.”

Advocate Ngcukaitobi calls the cut-off date of 1913 (the year of the passing of the Native Act) for land claims “a mistake”, but a “pragmatic suggestion” which was already made prior to the acceptance of the Constitution in 1996. It was already put into writing in 1994 with the Restitution of Land Rights Act, the very first piece of legislation that former President Nelson Mandela signed.

“It was felt at the time that to make progress on the land clause a date had to be chosen. The ANC explained in its White Paper on Land in 1997 it did not want to unravel ancestral land claims, because of the possibility of tribal and ethnic conflicts. It also complained about the possibility of competing or overlapping claims.

“Each of these arguments have no merit whatsoever.”

To Advocate Ngcukaitobi, ancestral claims are just as complex as any others that are based on community or family memberships.

“What determines their validity is not the date of dispossession but the quality of evidence available.”

“It is not obvious that the more recent a claim, the easier it is to prove, nor does it follow that older or dated claims are difficult to prove. Stories of dispossession during the 1800s were carefully written down by the colonisers, recorded in books and archived.”

“Arguments about how difficult it is to excavate evidence in support of ancestral claims are exaggerated and unpersuasive. Justifications based on competing and overlapping claims are equally unattractive. All claims, including those after 1913, face the same risk.”

“The larger point about this debate about 1913 simply proves what must be done on restitution. We have clear restitution claims; we have a date by which they have been made. They should simply have to be settled. South Africa’s future will not be resolved by restitution. It will be resolved by redistribution of land through a different programme that the State has not yet used. It will not address all historical problems, but will address current and future problems. We already have an indicator in Section 25,5 which speaks of equitable access, wherein access to land is driven by need.

“It cannot be driven by need alone, but also by use of the land. Principles such as ‘use it or lose’ it should receive serious consideration.”

According to Advocate Ngcukaitobi, recent research by the University of the Western Cape highlighted the phenomenon of elite capture in the Eastern Cape “in which non-agriculturalist, non-food producers, nonfarmers but political astute individuals have hijacked the redistribution programme.”

This has resulted in many farms laying fallow.

“It is time to focus on what really matters. It is time to dust off the Constitution, affirming our future,” he noted.