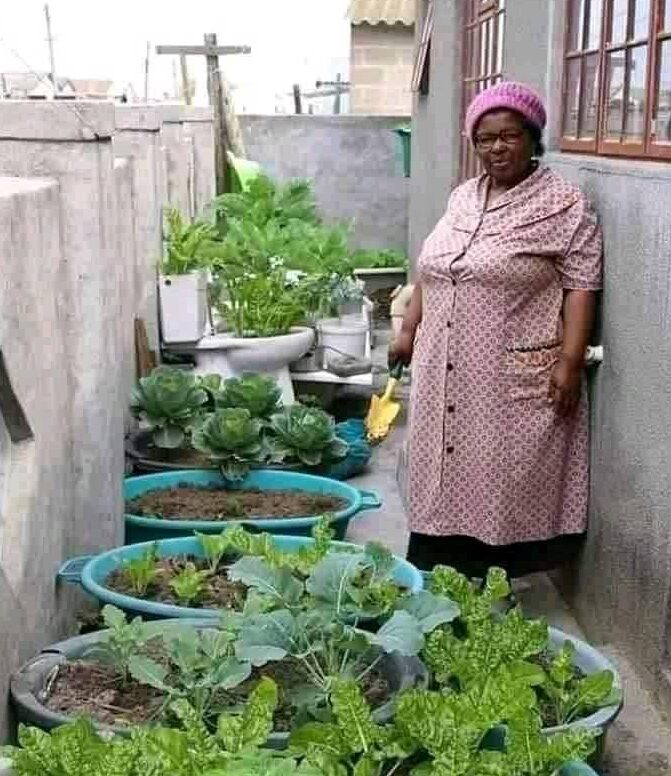 15 Jun Is there space in South Africa for a democratic politics of life in response to Covid-19?

More than sixty days after its commencement, South Africa is cautiously easing its way out of one of the most sweeping lockdowns of the global Covid 19 pandemic.  In many ways, this new phase—‘Level 3’ of the South African government’s risk-adjusted pandemic response—is turning out to be a confusing and ambiguous new time;  a purgatory state somewhere between simple normality and the radical restrictions of earlier times.

Almost immediately after the official announcement, debate has returned, even more fiercely than before.  Why is the sale of alcohol now permitted, when tobacco can’t be sold?  Why do religious gatherings get a free pass, but hairdressers and other social gatherings not?   On 2 June, the High Court in Gauteng declared almost all the lockdown regulations invalid in what seems to be the first of a whole slew of legal challenges.  The state is appealing the judgement.

None of this is surprising.  Social and economic life is a messy affair. Any attempt to permit some categories of human activity while restricting others will inevitably lead to contradictions and challenges.  But perhaps it is also necessary to question the terms of the debate itself, with its narrow focus on the boundary between what the state permits and what it forbids. For one thing, as Pierre de Vos has argued, it diverts attention away from some of the more pressing problems emerging in the  SA government’s biomedical response. For another, it takes our attention away from the big picture.

Here, it is worth considering for a moment the basics of pandemic biopolitics.  Any society confronting the politics of ‘making live and letting die’ elicited by an epidemic such as this one needs to respond at least at two levels:

These two levels of response need to complement each other. Public health is a social good that can only be produced together. This indeed, is one of the lessons of recent experience in sub-Saharan Africa, where, for example, civil society organisations played a leading role in dealing with HIV/AIDS, and where partnerships between local communities and city governments were critical in the fight against Ebola. One would hope, therefore, that in a democratic society there would be a push to create a social contract between the state and its citizens, collaborating in solidarity to keep safe the vulnerable and take care of the sick.

Any new social contract has to engage with old realities and particularly the challenge of over-crowded and under-services low-income settlements (formal or informal). It is both absurd and deeply disturbing that the behaviours required by the state cannot be achieved for large numbers of individuals in South African cities. And they cannot be achieved because of state neglect and lack of state capacity. Faced with this situation, it is essential for short-term actions to be crafted by local organizations and their leaders, working with local government and health agencies. Neighbourhood solutions need to be co-produced and locally owned to respond to specific constraints; only then will they be appropriate and effective. Here special efforts need to be made to include migrants and asylum-seekers, and to recognise the specific needs of groups such as people with disabilities. The medical response to Covid-19 requires social distancing by all. And those who are least able to socially distance—due to their low and insecure incomes, and/or conditions that limit their mobility—need specific help.

Unfortunately, in South Africa, the focus has been one-sided. There has been an exemplary biomedical response at the level of the state: government acted swiftly and decisively to ‘flatten the curve’ and to buy time to prepare health systems; it rolled out a sweeping programme of community screening, testing and contact tracing; and it put in place imposing clinical facilities for palliative care. But this has not been accompanied by a corresponding focus on a democratic politics of life that enlists citizens as partners, and that recognizes them as bearers of rights and social actors in their own right. There has been little attempt to mobilise the capacities for solidarity and self-organisation that are essential to combat pandemics such as these, especially within poor populations and in informal settlements.

Instead, the default frame for thinking about state-society relations has been disciplinary and coercive. The emphasis has been on the top-down control of movement and economic life, via a proliferating body of sometimes bizarre regulations. Some of these measures, particularly the prohibition on the sale of alcohol and tobacco, do not appear to be based in the rationality of pandemic management but rather in the desire to subject poor black South Africans to moral tutelage and social improvement.

While the loudest voices of protest have come from South Africa’s middle classes, the harshest impacts have been felt by poor black people, who have been subjected to brutal action by security forces. During the first two months of the pandemic, almost a quarter of a million peoplewere arrested for contravening lockdown regulations—more, according to Ferial Haffajee,  than any other country on the planet. Complaints of police brutality rose sharply during the initial weeks of the lockdown, while eleven people—all of them male, black and poor—have been killed in security force action; most famously in the case of Collins Khosa, who died of head trauma after allegedly being assaulted in his own yard by members of the SANDF, who were subsequently exonerated by an internal enquiry.

Perhaps the most perplexing feature of the South African pandemic response, however, is the apparent lack of engagement in government thinking with the disastrous effect of the lockdown on the conditions of life experienced by the 40% of the South African population who are not part of the middle and core working class.  It may be that these aspects of the Covid-19 regulations flow, not from a lack of concern with their wellbeing but from a simple failure to understand the realities of survival in what policymakers used to refer to, vaguely and inaccurately, as the ‘second economy’.  Government’s economic relief package has been biased towards the formal economy, and social protection measures have been inadequate, poorly implemented and hard to access.  Economic relief measures for food production in agriculture are designed in a way that excludes the vast majority of survivalist smallholders and subsistence farmers.

Thirty percent of the South Africa labour force work in the informal economy.  These workers are present in every corner of the labour market and beyond. They include domestic workers, and a range of essential and less essential services such as care-workers, waste recycling, transport workers, and hair-dressers and barbers. They include street and market traders and home-based production workers. Some are self-employed, others are informally employed. Required to remain at home; they are without incomes.

For urban informal enterprises, the consequences are likely to be severe. Informal spaza shops could potentially have applied for a license to remain open but most lack the means to apply. Especially in a context of lockdown (and expensive transport costs), local shops are more essential than ever before. More generally these businesses and their employees are now – for the most part – unable to operate. But the requirements for support need to engage with the reality of informality. It is a cruel paradox for informal entrepreneurs to have to formally apply for formal support for informal activities. Now is the time for government departments to engage with informal traders associations to co-design new approaches for this sector. The imperative of Covid-19 is an opportunity in this respect.

The approach to the informal economy has been clumsy and bureaucratic, and at times tainted by chauvinism and xenophobia. Crucial food security interventions such as the South African National School Nutrition Programme—the largest of its kind of Africa—have been suspended, while alternative emergency food distribution measures have been beset by corruption, meddling and bureaucratic bungling.

Some of these difficulties are clearly due to the enormous practical challenges involved in rolling out large scale financial and food aid, particularly in a context where government institutions are dysfunctional and lacking in capacity. But there are also indications of a moralising and socially conservative  bias against ‘government handouts’, such as when the interim CEO of the Solidarity Fund, created to enable private sector and civil society support for measures to deal with the Covid 19 crisis,  announced that the Fund would abandon the provision of emergency food rations in favour of measures to ‘activate communities to do things for themselves.’

As a result, South Africa’s ‘world class’ biomedical response risks running aground on its social conditions of possibility. First, it is already leading to increased poverty and malnutrition, a dire eventuality with serious health implications of its own.  Second, it endangers the social legitimacy of the entire pandemic response, leading to debate and polarization rather than solidarity and compliance.  And third, these developments are likely to leave a dangerous long term political and economic legacy. They undermine the social contract at the heart of South Africa’s fragile democracy, and risk  further deepening economic inequality by promoting the consolidation of corporate control in South Africa’s already skewed formal economy.

What has happened, in all of this, to the primary, more intimate, and arguably more important level of pandemic biopolitics—to the mobilisation of solidarity and of an everyday ethics of care for self and others?  What attention is there to the ‘conduct of conduct’ among citizens, and to conversations about the often simple ways in which we can ensure that we keep themselves and those around us safe?  How much attention is given, for example,  not only to the legal but also to the moral obligations of employers, whose decisions (about who works, where they work, how they work and under what conditions, and about what happens to them when they cannot work) will have major implications for the wellbeing of the poor and vulnerable people they employ? Those conversations appear to be neglected.  Even the death of Collins Khosa and 10 of his compatriots, apparently at the hands of security forces, happening at the same historical moment as the #GeorgeFloyd protests elsewhere in the world, has elicited little public comment.

Another way is possible.  Alongside the traditions of Stalinist and neoliberal governance that infuse South Africa’s mainstream political and economic culture, there are also resilient alternative legacies of community activism, solidarity and local self-organisation.  Accompanying the bungling and authoritarian mismanagement by  Ministers Nkosazana Dlamini-Zuma and Ebrahim Patel, there has also been an efflorescence of civil society action, on the part of networks like the C19 People’s Coalition and the numerous local Community Action Networks that have sprung up to deal with local hunger, distress and illness.  Most importantly, we also have the example, in recent and living memory, of the Treatment Action Campaign and the creation of a social movement for public health in the time of the HIV/AIDS pandemic, which linked poor people’s demands for better medical care with mobilisation to address the social and economic causes of inequality. It has been done before. We can do it again.

This article originally appeared on the PLAAS website on 11 June 2020.