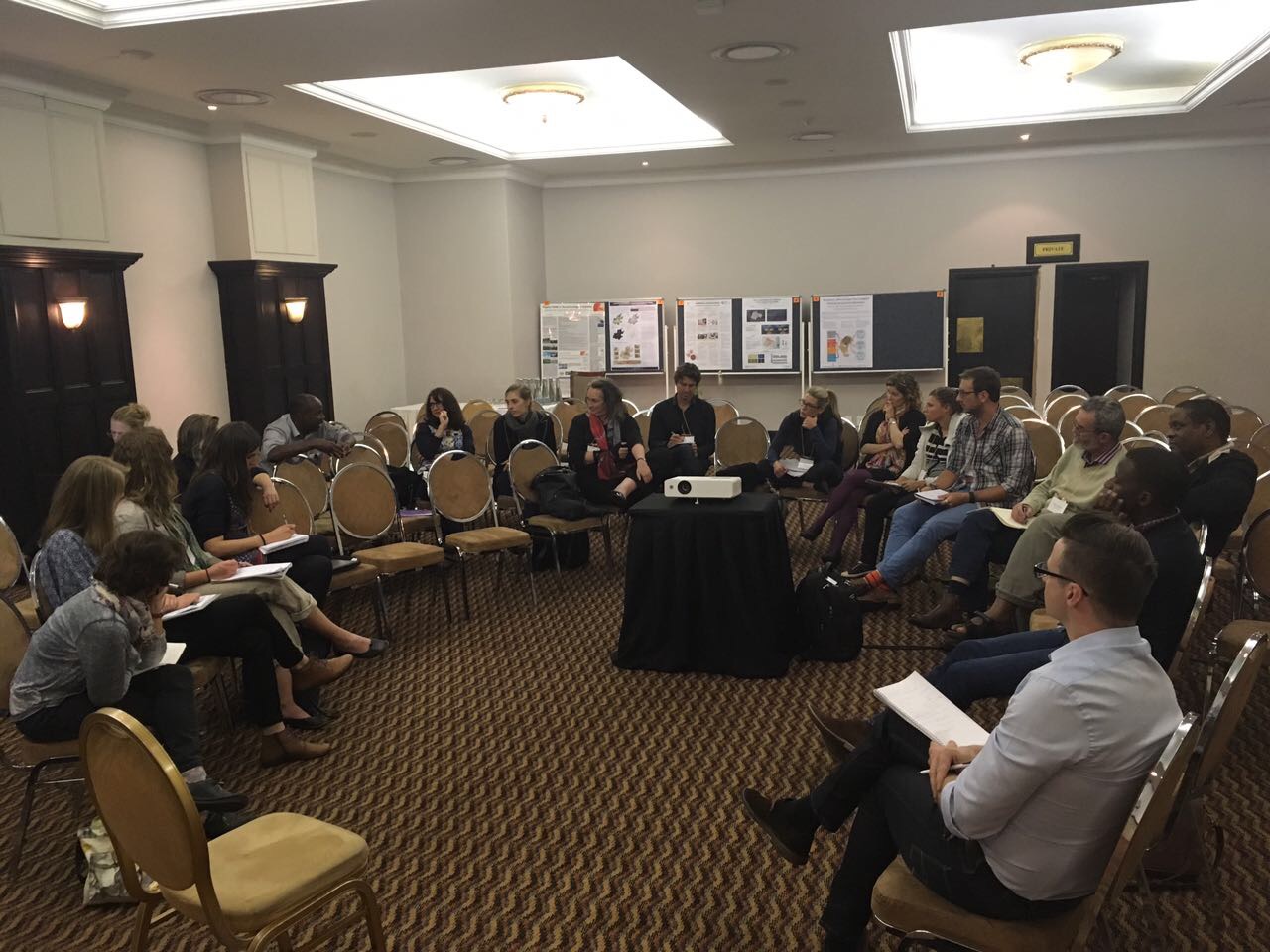 31 May Reflections on the Resilience for Development Colloquium – Theo Maseloanyane

Two years ago, I found out through a United Nations Development Programme report that approximately 60 % of the world’s available arable land is in Africa. Naturally, this made me wonder why Africa is not the bread basket of the world, especially given the global food security crisis. However, it’s only recently, especially as an Honours student in Development Studies at Wits University, that I’ve committed to expanding my knowledge about how food security and agriculture can contribute to African development. So, when the opportunity to attend the Resilience for Development Colloquium presented itself, I knew I had to be in attendance. 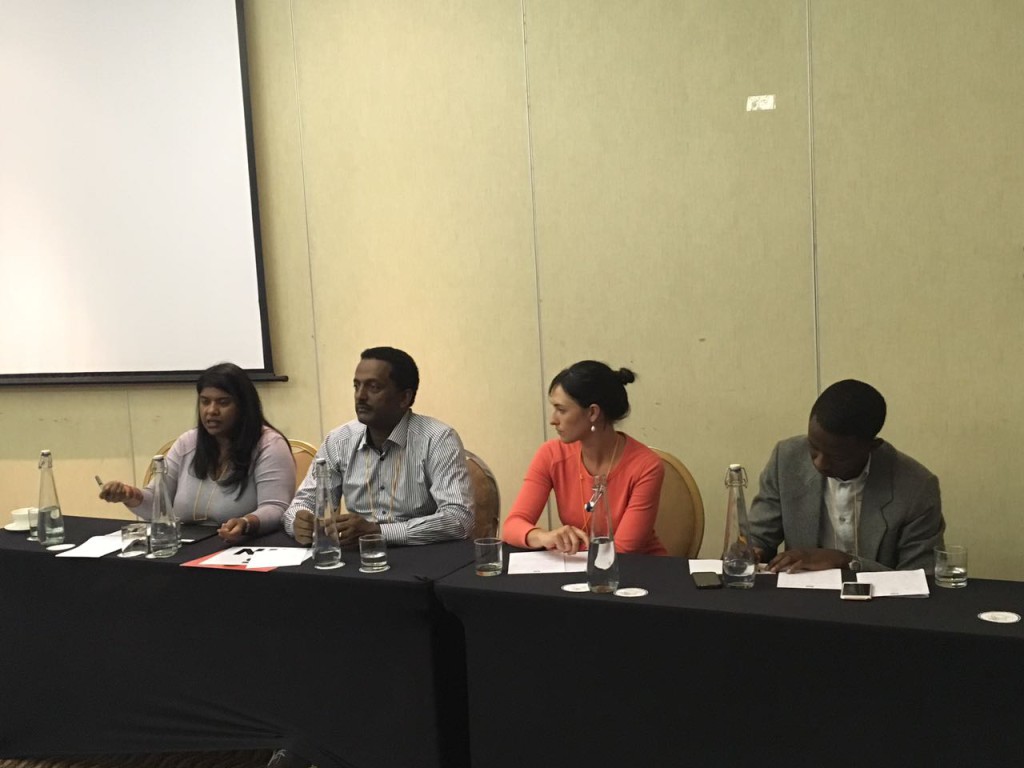 South Africa is nationally a food secure country, yet millions of households are denied their constitutional right to sufficient food. From 8 – 10 May, I attended the Resilience for Development Colloquium where one of the main topics was the issue of food insecurity. The basic facts surrounding the state of food insecurity were swiftly addressed: how approximately 14 million people go to bed hungry every night, that we cannot omit access and nutrition from the definition of food security, and how the distinction between food sovereignty and security is that food sovereignty is linked to respecting and working with nature whereas food security is not concerned about how the food is produced but rather with simply ensuring that there is food.

Nevertheless, a theme that stood out for me is connected to a question Busiso Moyo mentioned in passing: “what is Africa’s food history?” I thought nothing of this question when I first heard it, but while going through my conference notes it seemed as though South Africa’s gastronomic heritage could be the answer to food insecurity. “Don’t eat rice, eat sorghum,” Loubie Rusch said. It caught me off guard because it sounded like something my grandmother would say. As someone who grew up being exposed to South Africa’s indigenous leafy greens, I was naturally taken by her presentation on wild foods endemic to South Africa. She pointed out how communities wouldn’t have to go hungry if they knew, grew and used indigenous plants, plants which grow naturally in our landscapes. Francia-Marie De Bruin also alluded to the benefits of eating indigenous plants, highlighting both their environmental and their nutritional value. For example, indigenous plants often require less water, they are generally drought resistant, do not need fertilisers to grow and tend to have higher nutritional value in comparison to their ‘exotic’ counterparts. It was also emphasised that if the use of indigenous plants is to scale up to a level where supermarkets sell amaranth instead of spinach or kei apples instead of English apples, we should find new ways of doing agriculture, ways that work with the environment and could shy away from following in the footsteps of the ‘rooibos model’ which Rhoda Malgas described whereby indigenous vegetation was ripped out so as to make sufficient space to grow rooibos.
Caroline McCann who proudly introduced herself as a butcher, spoke about the concept of slow meat. During her presentation, she too advocated a South African way of eating, saying “if you want to know how to eat, eat South African”. One of the ways in which she believed that this is possible is by using our landscape appropriately. She suggested that given that about 90% of South Africa’s landscape is savannah grassland (land that is suitable for grazing), we, as South Africans, should be eating not just cattle, but more goats, sheep and game. Furthermore, we should be eating livestock that is indigenous to South Africa, such as the Nguni cattle rather than importing chicken from overseas. This would contribute to the local economy providing jobs for more South Africans and enabling more people to have economic access to food. ‘Nose to tail’ eating was another principle she mentioned, which is already very prominent in South Africa’s rural and township areas. In this way of eating mala mogodu (intestines), mawtwana (chicken feet), skop (sheep head) etc. are incorporated into many of the local dishes. Eating this way diminishes food waste which can help in decreasing the percentage of South Africa’s household food insecurity. Another speaker, Vanessa Masterson, who spoke about biocultural rituals and rural urban connections illustrated an unusual connection between traditional beliefs and food security. She discussed how in many South African cultures pollinators are highly respected individuals. Although she didn’t make this link, I couldn’t help but think how perhaps if this was a global mindset we wouldn’t be living in an era where bees and the various foods that they pollinate are threatened with extinction. 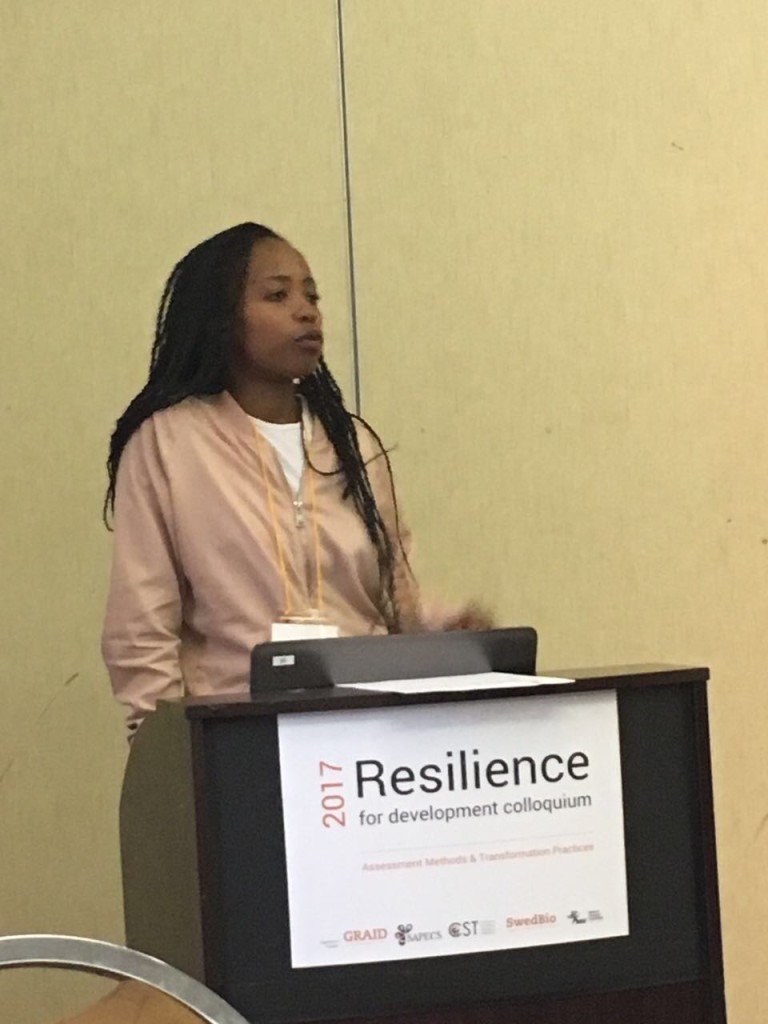 Another issue that was raised with regard to the food insecurity narrative was the question of who should lead in addressing this problem and transforming our food system? It was mentioned that the food policy space is currently dominated by a trinity between business, government and researchers, leaving no space for farmers and civil society. A multipronged leadership with an emphasis on government, academia and civil society was suggested throughout the presentations. It was brought to our attention by someone in the audience that government is a huge food consumer thus it would seem natural that the transformation should start there. But how? Bellise Omondi, one of the speakers of the day, suggested to the City of Johannesburg representative that perhaps when it comes to urban planning, wild food should take the lead rather than food trying to fit into urban planning.

Another hot topic was the issue of land. With almost 67% of land belonging to commercial farmers, Busiso Moyo pointed out that one of the things standing in the way of transforming the food system may be land distribution and that “people won’t want to grow food unless they have land security first”. Yuri Ramkissoon of the South African Human Rights Commission stressed the inadequacy of our current food policy explaining how our national policy of food and nutrition security is dismal.and how we need to push for legislation of the right to food because “once there is legislation, civil society can litigate.”

Following Bellise’s presentation about hunger and its stigma on campuses it became quite evident that universities need to lead this space of transformation as well. Initiatives such as the Wits Inala Food Garden were seen as projects which more universities should be implementing. The University of Johannesburg was also commended for hosting a gathering titled ‘Izindaba Zokudl’ that brought together 1400 – 2000 urban farmers every two weeks, who then shared ideas and information around the state of food. Furthermore, academia was encouraged to help with the research and nutritional testing of South Africa’s indigenous plants.

But what can we as ordinary citizens do to improve on SA’s food security?

Essentially, whatever way you can think of bringing about transformation, as Loubie advised “just do it already!”.