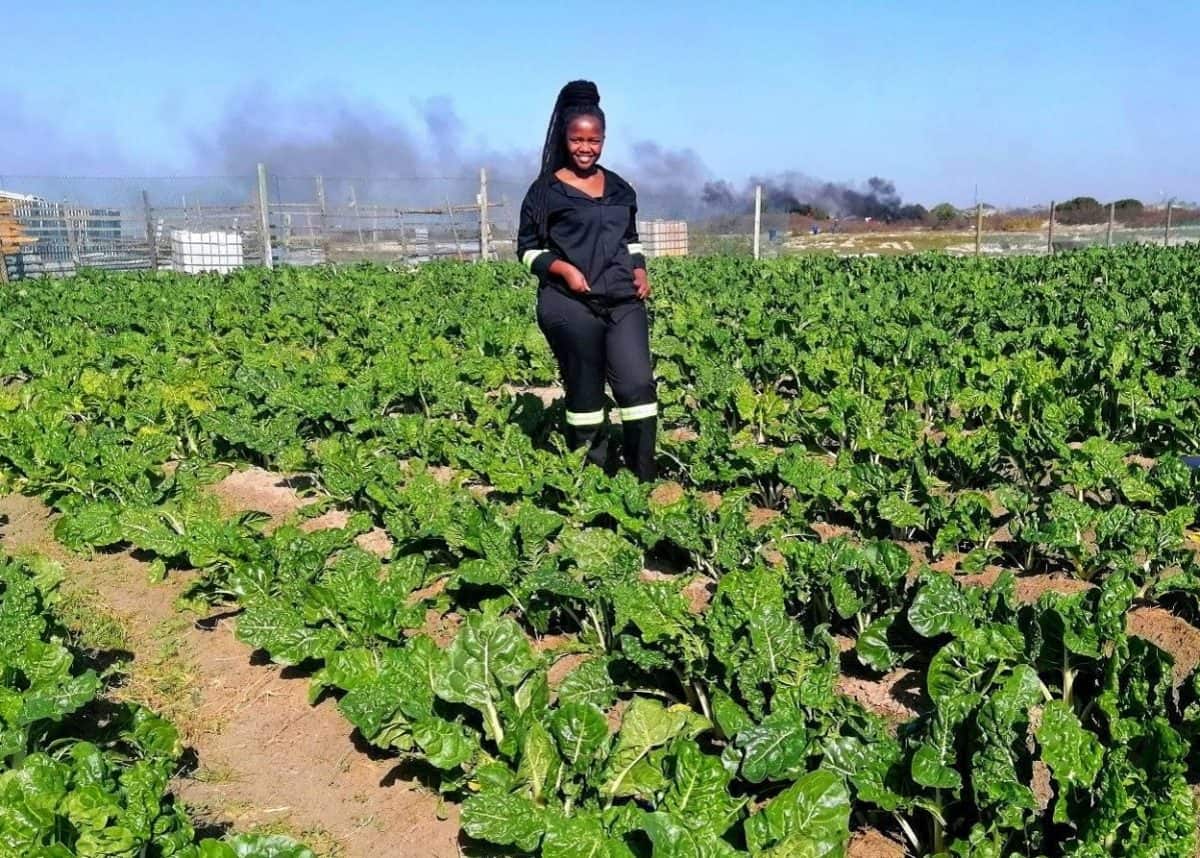 A female farmer from Khayelitsha made headlines recently after advertising her fresh spinach on social media.

A 27-year-old female farmer from Khayelitsha in Cape Town recently went viral in South Africa after wanting to ‘feed the nation one spinach at a time’.

According to IOL, the travel and tourism graduate harvested her home-grown spinach for the first time earlier his July, to be sold for R12 a bunch.

“I planted, I prayed and now it’s time to harvest,” Mkabile said on Facebook. “I am feeding the nation one spinach at a time.”

It’s reported that Mkabile first made headlines as the founder of a chicken farm, Mamcube Homegrown Chicken, which she started in March. She proceeded to plant her spinach in May and employed seven people to work on her farm.

“My dream is to get a bigger farm so that I can farm commercially, supply spinach all over South Africa and other countries while creating employment opportunities for people,” she said.

In the summer, she hopes to plant green peppers.

“It was not complicated for me because I farm spinach in the same place I farm chickens, and I have people working at the farm so it makes it easier for me to manage everything,” she said.

EXPANDING THE SCOPE OF FARMING IN KHAYELITSHA

Mkabile will also head a farming sector for the Khayelitsha Business Forum which aims to identify and offer farming courses to those interested in the community.

Khayelitsha Business Forum secretary Thobela Gubudela said: “We are very proud to have a young female start a farm out of her own pocket and make it a success. We are in partnership with her to expand the scope of farming in Khayelitsha. She inspires a lot of people, both young and old, showing them how to do it for themselves and their communities.”

This article first appeared on thesouthafrican.com on 27 July 2020.