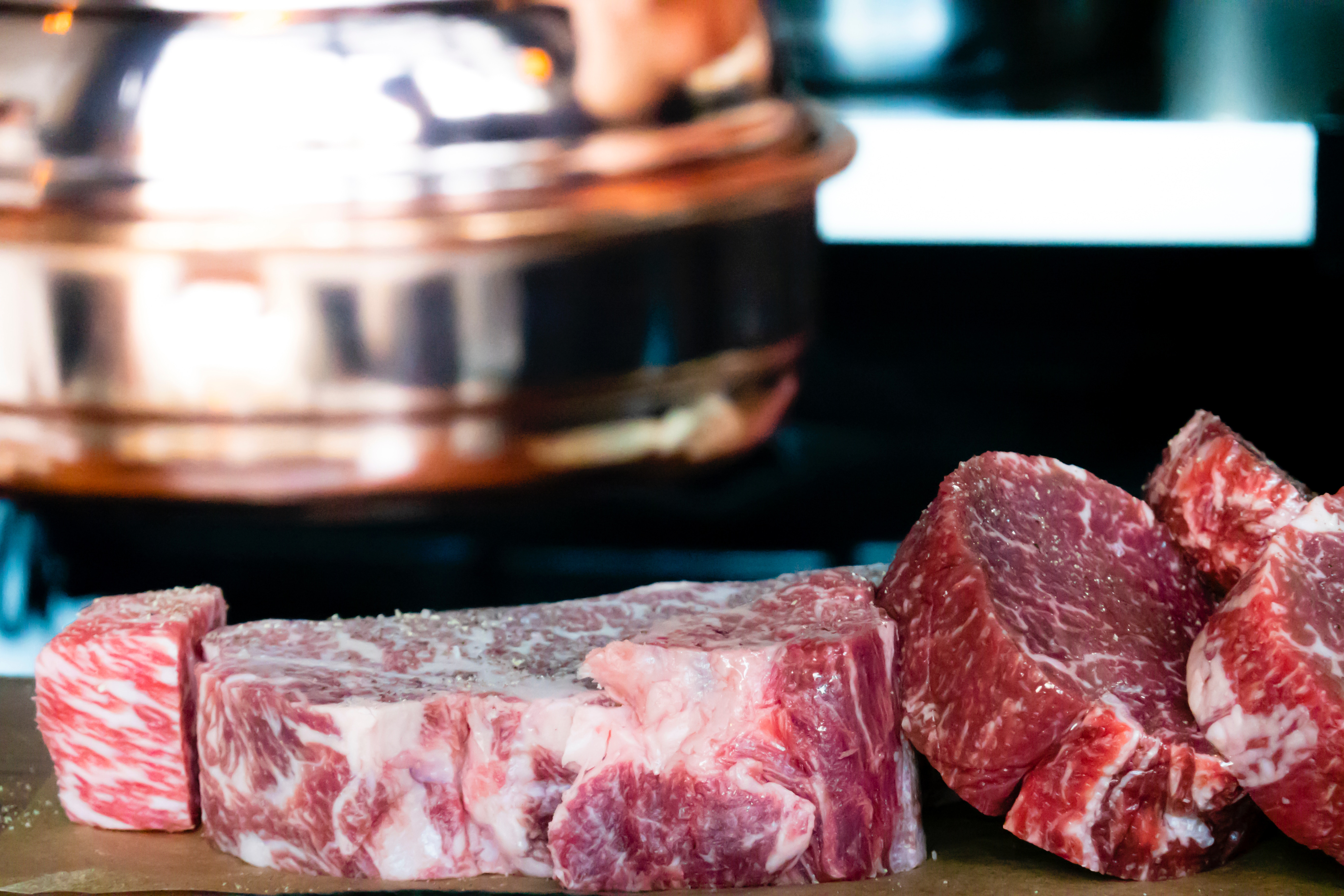 Posted at 14:15h in Uncategorized by Carolyn Cramer
0 Likes

An urgent global shift towards sustainable plant-based diets has been touted as a crucial ingredient to cut greenhouse gas emissions from food systems and improve health outcomes.

This is among a raft of measures to tackle climate change, contained in a new high-level report by the UN’s Intergovernmental Panel on Climate Change (IPCC).

The Special Report on Climate Change and Land is described as the first-ever comprehensive scientific assessment documenting the relationship between the climate, the land and humans in a warming world.

It details the severe stress the Earth’s land systems are under – 70% of the global ice-free land surface is under some form of use – warning how climate change is worsening land degradation, causing food insecurity and biodiversity loss.

Agriculture, forestry and other forms of land use account for 23% of greenhouse gas emissions while natural and managed land systems absorb carbon dioxide equivalent to almost a third of carbon dioxide emissions from fossil fuels and industry.

Food insecurity has been triggered by warming, changing precipitation patterns and greater frequency of some extreme events. Humans must urgently change how their food is cultivated, livestock is farmed and protect valuable carbon-sucking forests and peatlands, says the report.

Changing diets is a key tool to adapt to and limit climate change. “Examples of healthy and sustainable diets are high in coarse grains, pulses, fruits and vegetables, nuts and seeds and low in energy-intensive animal-sourced foods,” says the report, produced by 107 scientists.

By 2050, dietary changes could free several million square kilometres of land and slash global carbon emissions by as much as eight billion tons per year, relative to business as usual projections.

“Some dietary choices require more land and water, and cause more emissions of heat-trapping gases than others,” IPCC co-chair Dr Debra Roberts, head of the sustainable and resilient cities initiatives unit at eThekwini Municipality, said in a statement.

But their adoption depends on consumer choices and dietary preferences, guided by social, cultural, environmental, and traditional factors, as well as income growth, says the report.

“The IPCC does not recommend people’s diet,” added Jim Skye, IPCC co-chair. “What we’ve pointed out on the basis of scientific evidence is there are certain diets that have a lower carbon footprint.”

Food system emissions are surging globally because of an increasing population, income, and demand for animal-sourced products. At the same time, a third of global food is lost or wasted.

“Avoiding food waste during consumption, reducing over-consumption, and changing dietary preferences can contribute significantly to provide healthy diets for all as well as reduce the environmental footprint of the food system,” the IPCC’s report says.

Meat analogues such as imitation meat from plant products, cultured meat, and insects may help in the transition to more healthy and sustainable diets “although their carbon footprints and acceptability are uncertain”.

“There’s little question that climate change (or breakdown) is already having an impact on our food system in South Africa as can be seen from recent extreme weather events, supply chain disruptions and rising resource costs.”

These have long-term implications for agricultural production, both in terms of the quantity and quality of food produced.

“Moving decisively towards regenerative agriculture and restoring natural ecosystems are two major opportunities. These create healthy landscapes, clean waterways and greater diversity of life in different habitats as well as new carbon sinks. We can address both our contribution towards climate breakdown and adapt for an extraordinary uncertain future.”

The country must consider and debate the adoption of scientific targets setting ranges of intake of food groups linked to sustainable production.

“These will create some controversy as they will challenge the status quo, strong vested interest and arguments about choice, preferences, cultural appropriateness and nutrition benefits.

“Such targets at a global level argue for no increases in cereals but allow for a drastic increase – 100% – of fruit, vegetable, legume and nut consumption. The major dietary change is a 65% reduction in global red-meat consumption.

“This implies that meat and dairy consumption has to be reduced. Rather than throw these out as ideological or inappropriate for our context, we need to find appropriate ways that ensure livelihoods and culture are considered along with health and environmental challenges for our particular, diverse country context.”

In January, the EAT-Lancet Commission on Food, Planet, Health unveiled its reference diet, which von Bormann says represents the most comprehensive effort to make explicit the links between diets, human health and environmental sustainability.

Calling for a 50% reduction in global red meat production, its report states even small increases in global meat and dairy consumption make the goal of sustainably feeding 10 billion people by 2050 unachievable.

But one size does not fit all, says von Bormann. “SA has one of the world’s least equal populations in terms of living standards. This equates to significant dietary divergence with lower-incomes groups consuming high-calorific less nutrient dense foods and higher-income groups consuming significant quantities of dairy and red meat.”

Moderate increases in milk, egg and meat consumption can help combat malnutrition and stunting, especially for pregnant women and children.

As income levels rise, so too does meat consumption, highlighted by the IPCC report. Over-consumption of meat in Western diets increases the risk of becoming overweight, obese or developing certain non-communicable diseases, she says.

Livestock production threatens global biodiversity because of land-use changes and degradation and is a significant contributor to greenhouse gas emissions.

Red meat production requires high volumes of water and feed production causes deforestation in many parts of the world.

“Conversely, SA’s large temperate grasslands are well suited to raising cattle in a way that’s more compatible with local biodiversity than many other land uses. The livestock sector also supports a significant number of jobs. Many communities rely on meat and fish for nutrition and livelihoods, but when farmed in the right ways, they can also be compatible with, and even enhance, conservation.

In this case, sustainable livestock production is often the best agricultural land use and in certain circumstances consuming a limited amount of range fed meat is good food choice from an environmental perspective.

Livestock farming remains an important sector for both commercial and smallholder farmers and is a better land use than intensive cropping, mining or forestry in much of South Africa.

“On the downside are the significant greenhouse gas emissions associated with livestock production and the overconsumption by a portion of the population.

“We need an approach where the wealthy eat less so the poor can eat more, keeping cattle on the grasslands while still limiting the temperature increase to 1.5 degrees Celsius as set by the Paris Agreement.”

But a lack of clear action from the private sector and the state stifles this. “Our choices are strongly influenced by the power of food companies, food environments and pricing so solving our dietary dilemmas is not simple.”

Dr Jane Battersby, a senior researcher in urban food security and food systems at the University of Cape TownUCT, says there’s compelling evidence SA’s collective diets are unsustainable. “If we continue with the dietary transition that is underway in South Africa, we will move further and further away from the diets being recommended in IPCC and the recent Lancet Commission on sustainable diets.

“While there has been a lot of focus on individual choice and the changes people should make to their consumption patterns, it is essential to recognise that people’s choices are determined by structural issues in the food system and beyond.”

Agricultural production, distribution, trade, marketing and waste are both significant determinants of choice and contributors to greenhouse gas emissions.

Putting the onus on people to make more sustainable choices alone is not sufficient,” Battersby points out.

Von Bormann says there’s no doubt that identifying and eradicating the causes of food waste will materially shift the system.

“Moreover, reducing food loss and waste is also one of the few current challenges where there’s immediate scope for change that does not have unwanted or unintended consequences elsewhere in the system.

“Right now, we don’t have the necessary level of investment in the kind of technology required to transform food waste into products with marketable value, improve processing options to develop products with a longer shelf life and address waste at other products.

This kind of investment will require a push of some form from government. We are starting to see movement towards a more enabling environment.”

James Reeler, WWF-SA’s land and climate project manager, says up to 70% of SA’s carbon sink is in the savanna and grassland, mostly in the soil.

“Improved and sustainable land management can therefore play a key role in reducing emissions,” which the IPCC’s report identifies as key for both climate mitigation and adaptation.

Similarly, restoration of degraded landscapes can provide jobs as well as sequestering carbon and is already a priority under the Extended Public Works Programme, he says.

“While climate change is projected to reduce arable land in SA by as much as 6% by 2050, smart intensification linked to low water consumption irrigation can meet the food needs of the extra 17 million projected population increase.

But, he stresses, this needs good governance and well-integrated land planning to address mitigation and adaptation needs and to safeguard the needs of vulnerable communities.

“Of particular importance is the conservation of key water resource areas: the 8% of land that provides 50% of the country’s water.”

What the IPCC’s Special Report on Climate Change and Land says:

This article was compiled by Sheree Bega and first appeared in the Saturday Star newspaper.