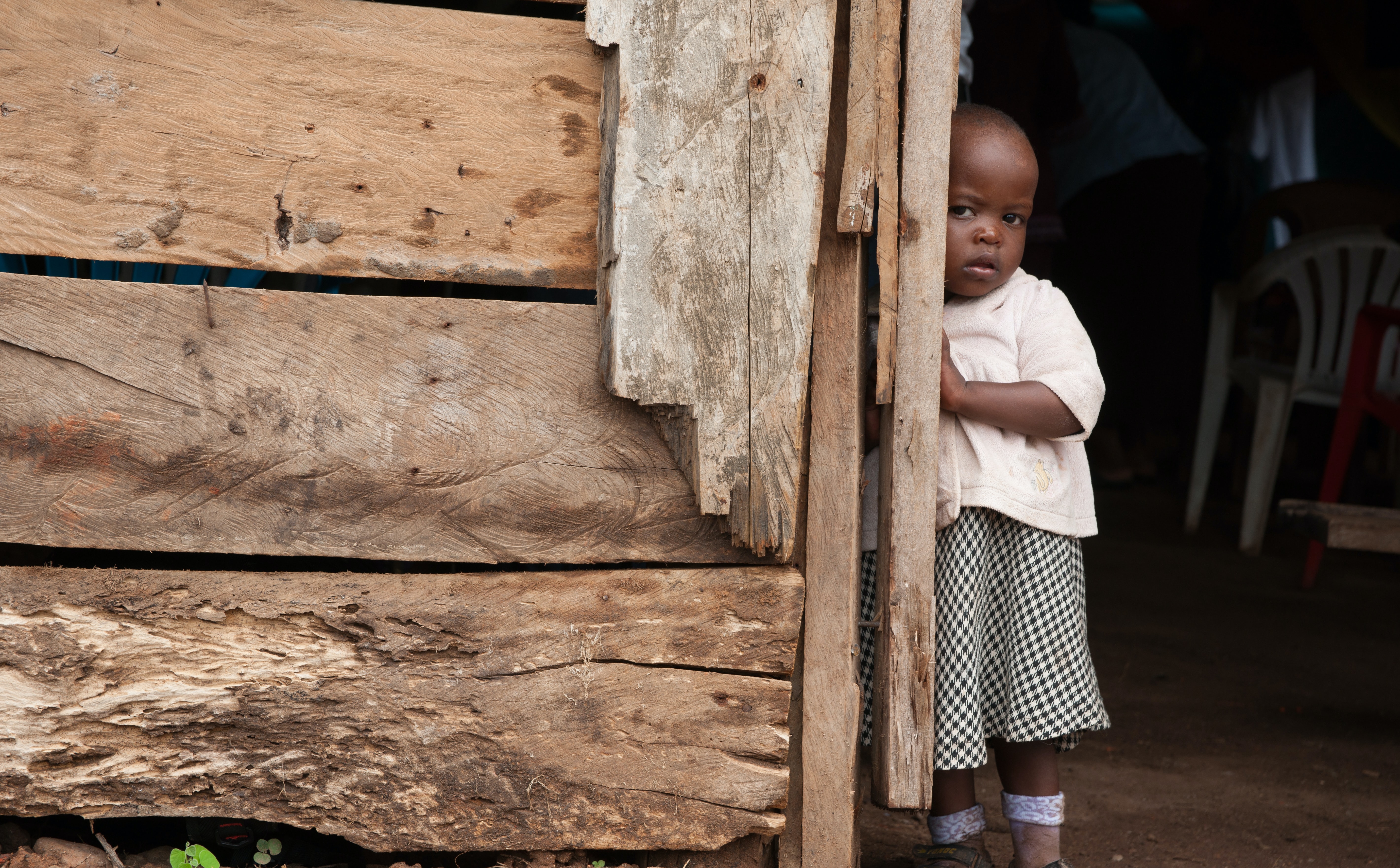 Posted at 07:51h in Uncategorized by Carolyn Cramer
0 Likes

More than seven million caregivers and 13 million children have been plunged deeper into poverty as payouts of the R500 caregiver grant top-up ended in October. However, the Covid-19 Special Relief of Distress grant to six million people was extended. In the final article of a six-part series on child hunger, Spotlight speaks to mothers, children and experts about the implications of these decisions.

As October ended, so did the caregiver top-up of the Child Support Grant (CSG).

Finance Minister Tito Mboweni, in his Medium-Term Budget Policy Statement in Parliament last month, said the government would not extend payment of the extra R500. This had applied to each caregiver with children receiving the CSG, which sits at R450 per child, per month. The top-up added R500 per caregiver, but not per child.

The government did extend the Covid-19 Special Relief of Distress (SRD) grant, which amounts to R350 per month, until the end of January 2021. Only persons who are unemployed, are not grant recipients and do not receive any other form of income are eligible for the SRD grant.

More than 13 million children in the country benefit from the CSG, compared with about six million beneficiaries of the SRD grant.

“Most of the 7.1 million caregivers who receive the [CSG] are working-age women who are unemployed or extremely poor. But they may not apply for the Covid-19 grant for themselves,” says Katharine Hall, a senior researcher with the University of Cape Town’s Children’s Institute.

“If they try to apply, they will be automatically kicked out as ineligible because they will appear as grant beneficiaries on the system, even though the grants they receive are intended for the children in their care,” she explains.

People can only apply for the SRD grant if they are not recipients of any other grant, unemployment insurance benefit, NSFAS student funding, or have any sort of income. This means the caregivers of more than 13 million children are not eligible for the grant.

The move to end the CSG top-up also left some children with questions.

“The government paid extra money to parents, and it helped them to purchase extra groceries [that] they needed. I believe it was taken away and I don’t feel it is fair towards those who really needed it,” says 15-year-old Saadiq, a reporter at RX Radio, Red Cross War Memorial Children’s Hospital’s radio station. “Why can’t government just continue paying the grant money to the people as lots of them need it.”

In an earlier report published in GroundUp, Treasury Director-General Dondo Mogajane, in an affidavit in a Black Sash court application, made it clear the top-up was never meant to be permanent and was only implemented during the hard lockdown as most economic activity came to a standstill. Since May, he said, the economy had re-opened and the situation had changed.

Mogajane also stressed that the Minister of Finance could not unilaterally declare a new social protection security without the Minister of Social Development’s agreement. Parliament would also have to approve it. Extending the top-up for three months would cost an estimated R10.9-billion and there is no funding available for this.

Mothers fear for the future of their families

Meanwhile, as the holiday season draws near, in Klapmuts a group of women from the community-based organisation Ubuntu Rural Women and Youth Movement are unsure how they will feed their children without the top-up grant and without work. Farming communities like those in and around Klapmuts faced severe job losses during lockdown and women are among those hardest hit.

Sophie Pietersen, a mother in Klapmuts, tells Spotlight that without the top-up grant she will be stuck in a cycle of debt. During the lockdown when there was no food at home, Pietersen would purchase food from others on credit, promising to pay the money back.

Without the top-up, she will only have enough money to pay off her debt from previous months, leaving her without money for food. Pietersen depends on food parcels and community soup kitchens organised by Ubuntu Rural, and is not eligible for the SRD grant.

“Women are suffering in Klapmuts,” says Aziza Bahati-Ibolwa, one of Ubuntu Rural’s leaders in the community. “An amount of R450 per month is an insult to momma,” she says.

Without the top-up, and ineligible for the SRD, this group of women will not be able to provide their children with any presents or treats in December.

“Lockdown brought us to our knees,” says Yvonne Daniels, a single parent who used to clean houses three times a week. She lost her job as a result of the lockdown.

Another RX Radio reporter, 11-year-old Naseerah, believes caregivers should receive the SRD grant. “The cost of living is high and the child support grant is not sufficient to support their needs,” she says.

Mujahid, 19, also an RX Radio reporter, agrees: “In today’s life the economy is weak and things are really expensive and most times parents and caregivers can just provide the children with the bare minimum of the basic needs which they require.”

For parents like Eva van Wyk, who no longer receives the CSG as her children are too old, the SRD money does not go very far. Van Wyk stays in Elsenburg and must pay for private transport to Klapmuts, 10km away, and then take a taxi to the post office a further 35km from Klapmuts. There are no taxis where Van Wyk lives, so a trip to the post office to collect the grant is R150 each way, leaving only R50 for food.

Hall says the SRD grant is not effective at reaching children and might only help by adding additional income into a larger family. “The evidence so far is that this grant is skewed towards men, and largely not to households with children,” she says.

“The research [is] correct that the R350 grant was skewed towards men,” says Lumka Oliphant, spokesperson for the Department of Social Development. “But this was a group that had not been able to access social assistance. However, this grant is the smallest grant relative to other grants, considering that the majority of our existing grant beneficiaries are female,” she explains. “These grants continue to be paid monthly and will not end even beyond the State of National Disaster. When you view the social assistance system holistically, the gender balance still favours women with a 68% [to] 32% gender split.”

Noting the top-up grant’s importance during this time, the Black Sash Trust brought an urgent court application to prevent the South African Social Security Agency (Sassa) from discontinuing the top-up. But on 28 October the application was struck from the roll in the North Gauteng High Court. Judge Nana Makhubele ruled that the matter was not urgent.

Black Sash’s founding affidavit states Sassa has provided no reasons for terminating the caregiver grant and the agency’s conduct is “not rational and unfairly discriminatory”.

When Spotlight approached Sassa for comment on the decision to stop the caregiver grant top-up, spokesperson Omphemetse Molopyane asked, “Why do you guys keep calling [Sassa], when the president said [the caregiver grant] was for six months.”

Another Sassa spokesperson, Paseka Letsati, referred Spotlight back to the Department of Social Development and the Presidency. At the time of publication, there had been no response from the Presidency.

As a result of this Cabinet decision, Hall warns that children and their caregivers will be left substantially poorer and families and children will be plunged deeper into poverty.

“Clearly, the CSG, small as it is, will need to be shared more broadly in households where caregivers cannot support themselves. It will not be enough to go around,” she says.

Adding to this, Hall says that while South Africa is seeing higher rates of hunger during this time, there are serious risks of eroding the longer-term impacts of the CSG. “Much of the evidence about the positive effects of the CSG on children’s nutritional and health outcomes, on educational attendance and learning outcomes, and even on adolescent risk behaviour, shows that these outcomes rely on sustained access to the CSG from an early age.”

As an immediate solution, Hall says the CSG must at least be increased to meet the food poverty line.

“It will not help to have saved money at this time by depriving a generation of children of the basic support they need to survive and develop. It is easily done. The regulations already allow for the minister [of Social Development] to determine the amount of the grant. It can be effected by Sassa immediately. It is a matter of budget trade-offs, and of course there are many claims on the budget, but the survival of children cannot be traded away.”

When Kids Go Hungry is a six-part series looking at the effects of the Covid-19 pandemic and lockdown on the nutritional status of children in South Africa. This series is supported by Media Monitoring Africa as part of the 2020 Isu Elihle Awards.

This article was produced for Spotlight – health journalism in the public interest. It originally appeared on The Daily Maverick on 19 November 2020.