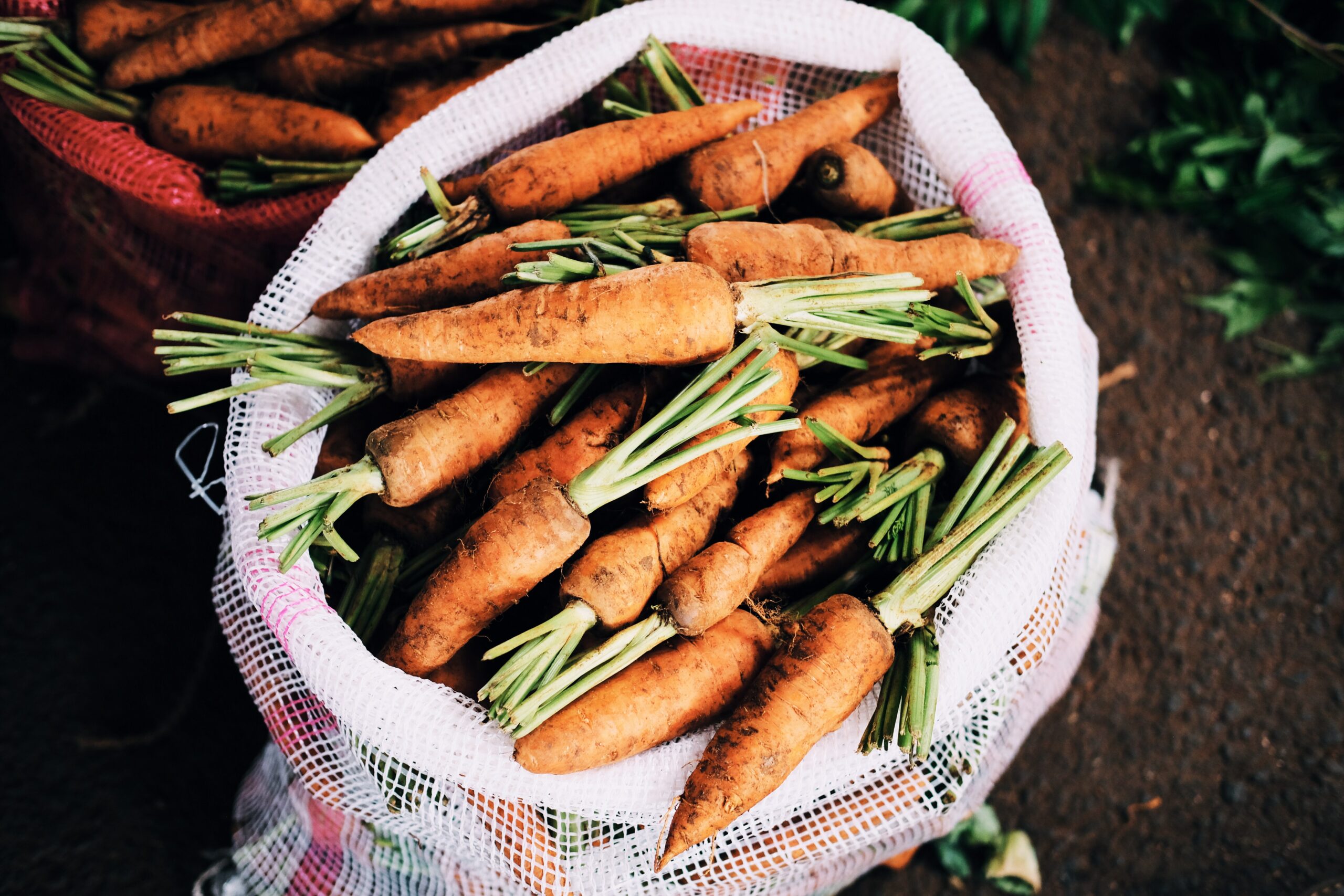 Posted at 11:40h in Uncategorized by Carolyn Cramer
0 Likes

It costs at least R800 per month to ensure that a child eats enough nutritious meals to grow and develop
adequately. Unfortunately, South Africa’s childcare grant currently only provides R480, with which
caregivers also need to cover other expenses. It’s therefore not surprising that a country such as South
Africa, where more than 50% of its citizens cannot afford enough food, has such “terrible statistics” in
terms of malnutrion-related child deaths, child stunting and non-communicable diseases.

So said Mr Mervyn Abrahams, a programme coordinator of the Pietermaritzburg Economic Justice and
Dignity project (PMBEJD) during his address as part of the African Food Dialogue public lecture series in
Stellenbosch. It was presented by the Southern African Food Lab in the Faculty of AgriSciences at
Stellenbosch University. The PMBEJD, as a civil society initiative, publishes a monthly Household
Affordability Index.

Abrahams cited statistics of the National Department of Health, according to which 191 South African
children died of malnutrition in the first two months of 2022 alone.

“We all known that hunger and malnutrition is a hidden disease, hidden from the public view. We can
therefore presume that this figure can be more.”

“Child stunting is not a condition that happens overnight. It is a chronic, long-term condition.”

He reckons that a lack of food is also one of the reasons for the country’s low productivity rate and poor
schooling results. This has political-economic consequences.

“Any economy that wants to grow requires healthy workers.

“Children might not necessarily be hungry, but they are not eating nutritious food. Our workforce for a
new economy is gone.”

In the process, the disease burden deepens, as do intergenerational poverty.

“The child who is stunted now, lives in a house where the parents could not afford nutritious food. The
chances are that in 20 years, that child will end up being a labourer earning a national minimum wage,
and too cannot feed his children. And so, the cycle continues. And in the end, we have low economic
growth.”

Food insecurity pervades in more than 50% of South African households because food has become
unaffordable to many.

“Affordability at its simplest form is the relationship between the price of the goods and services that I
want to acquire, and the amount of money I have to do so.

“Food insecurity is not a question of food availability, because South Africa exports R6 billion worth of
food per year. As a country we are food secure.”

Around 95% of all food in South Africa is store bought. Food wastage is high in the corporate agricultural
system, and food is often produced far from where it is to be consumed.

He says extremely high food prices are not a new phenomenon that is now being caused by the likes of
the Ukrainian war (which has affected the prices of fuel, fertiliser, wheat and sunflower oil), or climate
change (as seen in rising soyabean and rapeseed prices).

Because of “massive increases” in energy and transport costs, already tight household budgets have
shrunk further, without wages increasing in tandem.

“Extreme high unemployment, and a trajectory of extremely low wages have all contributed to ‘a
perfect storm’,” he noted.

“Food is actually the only thing households have control over. When they make cutbacks, these happen
with food. They cannot do so with petrol, because people need to get to work to earn a wage, or with
electricity, because they need it to cook food.”

This sentiment is echoed by the April 2022 data coming out of the Pietermaritzburg Household
Affordability Index. It has since June 2018 tracked the pricing of 44 basic food items (such as bread, rice,
flour, soup, curry powder, potatoes, onions and pilchards) being bought in Johannesburg, Durban, Cape
Town, Pietermaritzburg and Springbok.

About the products on the list, Abrahams says: “It’s the kind of food and quantities that women in low
income and poor households say they would like to purchase per month, if they have the money for it,
to feed a household of seven people.”

In April 2022 the basket cost R4542,93, which is R92,84 or 2,1% more than in March 2022. Year on year
the basket increased by R344 (or 8,2%). Added to this, households’ domestic and personal hygiene
requirements (which include sanitary pads, toothpaste, soap and household cleaning products) have
risen with 3,5% between March and April.

“You might think that’s not a lot of money, but that’s actually significant given a lack of wage increases
and the many people receiving a basic national minimum wage of about R3600.”

The Index follows the same rising trajectory as Stats SA’s food price inflation rate of 6,7%. The
percentages however differ because the Pietermaritzburg Household Affordability Index specifically
collected from lower income households which typically have fewer, more focused products in their
baskets.

“If these core foods increase above affordability levels, you will see falling out of the trolley items such
as fresh vegetables and fruit, whatever is nutritious and builds up the human body. Households are left
to essentially consume starch, oil and sugar.”

This contributes to the massive increase in non-communicable diseases (such as heart disease and
diabetes) and child stunting in South Africa.

Typically, an employee living in a metropolitan area needs around R1152 a month in transport costs, and
R731 for electricity). From what’s left, households must buy food, hygiene products and all else.

In South Africa, with a population of 60,1 million people, only 14,5 million are employed.
“That means that 4.1 people live on one wage.”

“Household incomes remain fairly low in relation to escalating food prices and the most essential costs
of living.”

“This is where the question of food affordability becomes a social justice question, a moral question.”
“Should our economy at its very basic level not provide nutritious and sufficient food access?”

He says that inherent to the values of South Africa’s constitution is the right to life and the right to food.
“Should a primary objective of our food system not be to allow people access to sufficient and nutritious
food? Instead, we have one that in many ways reproduces levels of inequality. Our government has
failed in its constitutional obligation to ensure the right of food is experienced by all South Africans.

He says there’s a “war on in the retail sector servicing the lower sector,” with a “rush on” towards
providing cheaper foods without considering their nutritional value.

In the process, however, farmers as price takers, and subsequently also farm workers, are being
squeezed by retailers. Inevitably, it becomes impossible for farmers to pay their workers at the level that
they wish. The consequences spirals downwards.

“If we look at the food system as a pyramid, we see the farm worker carrying the burden of the food
system. The one carrying the pyramid becomes the most vulnerable and the poorest.
Social justice issues

“We need to transform the food system to better serve the needs of our population. I do not mean that
we should continue to have the cheapest food possible in the retail store, because then the farmer and
the farm worker will carry the burden even more. We need food that is fairly priced. We need an
economy that provides decent work and a living wage of around R10 000.

“A living wage should not be too much to ask for. At the end of the day, it’s money that can be spent
back into the economy, which will allow it to grow. It cannot grow because there’s not enough demand,
and not enough money in our pockets.”

Abrahams says the retail sector should take some responsibility for this, because of its immense buying
power.

“They have the power to shift the system through their means of procurement. They can actively look
for small-scale farmers who need their input and that they purchase from them.

“The retail sector can become change agents that insist on selling food of adequate nutrition and serve
as corporate citizens who contribute to a healthy nation.”